September 8th will be remembered as a day that the world was forever changed for many people. An era drew to a close with the announcement of the death of our beloved Queen Elizabeth II, Britain’s longest-reigning monarch and someone who has been a beacon of stability for the past 70 turbulent years of huge social change.

What can we say? Well-deserved tributes and condolences from world leaders and common people alike have poured in from around the world. But words are never enough to express the depths of our grief. We have lost someone who has been a fixture on the world scene, and it is difficult to imagine a Britain without her. She will go down in history as one of the world’s most beloved and respected monarchs.

When she was only 21, almost five years before she became Queen, then Princess Elizabeth made a commitment to the people of Britain and the Commonwealth that “my whole life, whether it be long or short, shall be devoted to your service.”

For over seven decades she more than fulfilled that promise, for hers was a life that epitomised duty, dignity, decency, elegance and grace. She brought a sense of stability through all the challenges both to the nation and to the monarchy. For her service to her people and indeed to the world, we owe her a debt of gratitude beyond measure.

Most have not known a world without Queen Elizabeth. Recently, we all recognised she was frail but somehow we had convinced ourselves that she would go on forever. So the announcement of her death came as a shock, as waves of grief flowed over the entire country and the world.

So we are entering a period of national mourning, and the funeral, rituals and outpouring of sorrow and thanksgiving that will follow will give the nation an opportunity to come together to grieve what they have lost. As the Archbishop of Canterbury put it so eloquently, “We have lost the person whose steadfast loyalty, service and humility has helped us make sense of who we are through decades of extraordinary change in our world, nation and society.”

But this is not only a national and indeed international loss. For many people, this is personal. As Boris Johnson put it, “This is our country’s saddest day. In the hearts of every one of us there is an ache at the passing of our Queen. A deep and personal sense of loss … far more intense, perhaps, than we expected.”

Many will feel a range of emotions from shock, sadness, disbelief, confusion, anxiety and perhaps even anger. It feels like we have lost a member of our own family. We may not have known the Queen or even met her personally, but it felt like she was a part of our lives.

As a seven year old, I recall watching her Coronation with about 20 other people crowded around a small 15 inch, black and white TV, which few possessed in those days. Since that day, she has always been there, a constant in the lives of my and subsequent generation’s lives.

To many, it feels like we’ve lost a mother or a beloved grandmother.

God save the King. Life will go on in the hope that King Charles III will continue his mother’s legacy and example. But even so, we face uncertainty, because change is never easy and whatever replaces what is lost, it is always different. I wish His Majesty well, but whatever is in the future, we must recognize that life has changed for us all. It is the end of an era.

So where do we go from here? I believe that the Queen in her wisdom has left an extraordinary legacy for us to follow. During difficult times she constantly and powerfully reminded us that we must be a people of hope who care for one another. As her late Majesty said during the initial stages of the COVID 19 Pandemic, “We should take comfort that while we may have more still to endure, better days will return. We will be with our friends again. We will be with our families again. We will meet again.”

That, my friends, is hope!

Even as we watched her mourn the loss of her beloved husband Prince Philip, we saw evidence of her courage, resilience and instinct for putting the needs of others first. Despite her own personal loss, she had no question about her withdrawing from the path of duty, which she fulfilled right up to the immediate days before her passing.

Hers is a legacy of strength and confidence for the future, and the influence of her wisdom remains. As we begin to readjust ourselves to life as it now is, we can comfort ourselves in the assurance that she has shown us a path to follow, even as we mourn her passing.

But we also recognise that this surely is a low point for the nation, facing the challenges of the current economic crisis, the political turmoil of the situation in Europe, and all the uncertainties that exist in today’s world. And now our anchor is gone.

We must find ways to go on. In 1939, faced with a bleak outlook by the outbreak of war and the threat of invasion and destruction, King George VI, in his Christmas message to the nation quoted a poem by Louise Haskins:

“And I said to the man who stood at the gate of the year: ‘Give me a light that I may tread safely into the unknown.’ And he replied: ‘Go out into the darkness and put your hand into the Hand of God. That shall be to you better than light and safer than a known way.”

These words struck a chord with a country facing the uncertainly of war, and as history records, the nation rose to the challenge.

Today, we grieve and we face an uncertain future. We will mourn her passing, but we will go on. Whatever life brings, we must face it with courage and hope that “better days will return”. That spirit of hope and resilience which Queen Elizabeth imparted will help carry us through.

So we echo the words Paddington Bear said so profoundly to the Queen on her Platinum Jubilee, “Thank you, Ma’am, for everything.” 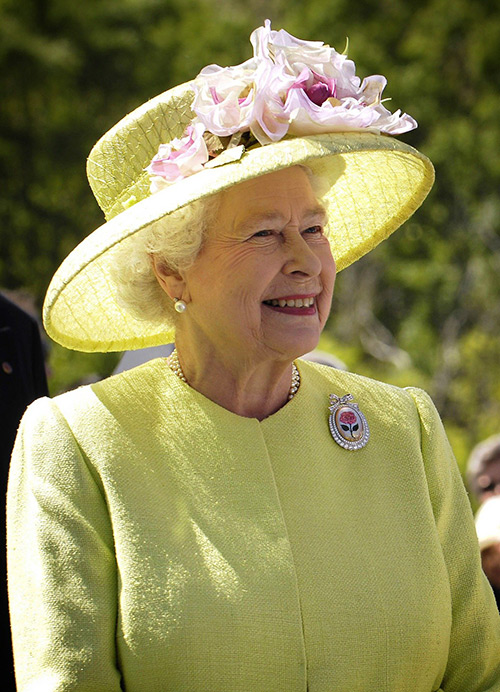