“The call came from my daughter. “Dad is dead,” is all she said. I found myself saying over and over “Oh, I’m so sorry, so sorry.” I am sorry there was so much rancor between us in the end years of our marriage and after the divorce. I am sorry that my children must revisit the place of brokenness and regret once again, in spite of having put the pain of the divorce behind them.”[/testimonial] [/testimonials]

While the divorce rates in Ireland are among the lowest inEurope, nonetheless they are climbing higher and higher every year. There are now more “exes” in our society than ever before. Eventually they will die.

Minister friends tell me that one of the big issues conducting marriages these days is “where to sit the new girlfriend of the father of the bride, so as not to upset the bride’s mother, who will be there with her new husband.” Divorce creates stresses in these social and family occasions.

I suspect it may be even more difficult as similar logistical issues arise at the time of the death of an ex spouse or former relationship.

The grief issues are also complicated. How should we mourn an ex spouse that at one time we loved and who loved us? How can we reverently say goodbye to those with whom we made a life and sometimes kids; spouses with whom we had mutual friends, created memories and shared life-stories together? At the end of the relationship, perhaps we were not in love any longer, but does that mean we don’t still have deep emotions about them. Caring doesn’t always die when divorce happens.

The death of a “less-than-loved-one” is often a double death. First, they died, and we are left with all the natural grief feelings connected to any death. But second, the possibility of healing the pain of a broken marriage has now also died. We all like to think that stories have a happy ending, but often death puts an end to that hope. It is always easier to “make things right” when people are alive.

So this “double death” now translates into numerous questions about what is appropriate in terms of actions and decisions which must be made:

Should you attend the funeral of an ex spouse?

What will be the reaction of the current spouse, or the ex in-laws?

If they do not want us to attend, do we do so anyway out of respect and     our need to say good-bye? Or do we stay home?

What do we say to our kids, especially if they are divided in their loyalties between their parents?

How should we act toward former in-laws?

Do we talk to our former mutual friends, or just ignore them?
These are new questions for many people. I think there are a number of issues that deserve to be identified.

While some might jokingly say that they would LOVE to attend the funeral of an ex, (often sooner than later!) it is never that simple. Where on earth did we get the idea that feelings for an ex spouse end because the marriage has? Anybody who has been divorced knows how wrong that can be. Even in the stormiest, most destructive divorce, there can still be feelings for the person who used to share your bed and your life.

The feelings don’t go away. It’s just that you’re not permitted to TALK about them any more.

One of the seven predisposing factors for complicated mourning is a relationship with the deceased that was markedly angry or ambivalent. These emotions often describe relationships after divorce, surely. Yes, that person may probably say they can’t stand their spouse right now, but hear me out. When a spouse dies after a divorce, someone will grieve the loss. There will still be feelings and a sense of loss if they die before you.

But also, in the midst of grieving the death of a divorced spouse, the person may also be grieving the loss of the relationship as they wish it could have been.

That then often forces the person back to relive the negative and difficult experiences of the divorce and the unhappiness that led up to it. That’s why I suggest that the loss of a divorced spouse sometimes hurts more.

When a family thinks through whom to tell and consult about a person’s death, they rarely think of the divorced spouse. We often assume that when the marriage is ended, so is the relationship.

Thus the grief over an ex relationship is often disenfranchised. The person may have no input or involvement with the proceedings, and may even feel unwelcome and unimportant.

Lucy and Steve divorced three years ago after he met and fell in love with someone else. Angry words and volatile feelings marked the relationship … and then Steve died of a sudden heart attack at age 48.

I spotted Lucy at the funeral, standing awkwardly in one corner of the room, not quite accepted by Steve’s family, yet unable to leave, and uncertain as to what role to play. She felt terrible, but she wasn’t allowed to grieve. Her teenage children were clearly welcomed as part of the family. They belonged. But Lucy felt she had to keep her distance. It was a miserable experience for her.

When the spouse of one of our friends dies, we know what to do. We call. We send flowers or a card. We visit. We take a casserole.

When there’s an ex spouse involved, the first problem is that we often don’t even think of them. It just doesn’t cross our minds that they might be grieving or still have feelings for the person who died.

The second problem is that we generally don’t know what to do. Should we call? Should we try to cheer up the ex spouse? Will the ex spouse be offended that we thought they might still love this person and be grieving?

Because we’re confused, we do what humans naturally do when they’re confused: We do nothing. The number one complaint I’ve heard from ex spouses after the death of their former husband or wife is that they went through it alone. No calls. No flowers. No cards. No visits. No casseroles. Just pain and loneliness. And anger. And regret. And more pain.

Encourage the person to talk. Don’t think the person is not grieving. They probably are. Talk to them, and let them know they don’t have to handle it alone. Perhaps a grief group with people who let you talk and express feelings could offer support. Remember, many people grieving the loss of a spouse don’t have “perfect” stories.

Some of the unresolved issues surrounding the divorce, together with the emotions or regrets that may be experienced might best be discussed and reconciled with a counselor, and investment in that process might save a lifetime of second guessing and regret.

Remember that children are grieving the loss of a parent. In addition, the responsibilities in the relationship with children may have changed. It will take time for the whole family to adjust to the new dynamics of life without the ex, and support through that process will be helpful. 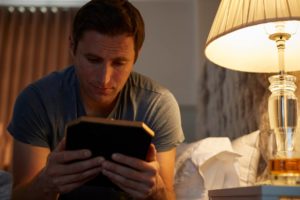