It didn’t take an expert to recognize that Florence was in trouble. The moment she walked in, her body language, appearance and demeanor told me that this was going to be a complicated session. And it was! Since her husband of 37 years died six months ago, Florence has lost a lot of weight, probably because she has not been eating; her health has been seriously compromised, perhaps not entirely but not least by the fact that she has been chain smoking since he died; and her behaviors have been described by her somewhat estranged step daughter as “bizarre, deranged and demented” (although I suspect frankly that those comments say more about the daughter than about Florence!)

She was hospitalized recently because someone thought she was suicidal. “But Dr. Webster,” Florence protested, “what they don’t understand is that I don’t want to die. I just want to be with my husband, and I don’t know how to go on living without him.”

Key words and an important clue to what is going on … and how we can help.

While we know that grief is a natural albeit unavoidable and unwelcome experience, it can take intense and disturbing forms that surprise a bereaved person and those around them, including forms that in other circumstances might be thought of as a psychiatric disorder.

Bereaved people may ruminate obsessively about the events leading up to the death and blame themselves or others for it. Up to 50% of widows and widowers have symptoms typical of major depression in the first few months. They may also have hallucinatory experiences — imagining that the dead are still alive, feeling their presence, hearing them call out. One author called her period of mourning for her husband “the year of magical thinking.”

The most characteristic symptoms are intrusive thoughts and images of the deceased person and a painful yearning for his or her presence. Other complications are denial of the death, imagining that the dead person is alive, desperate loneliness and helplessness, anger and bitterness, thoughts of suicide, and wanting to die. It is not simply depression, because of the yearning and hallucinatory symptoms. And it is not simply a post-traumatic reaction either — not only because bereavement is in the range of normal human experience, but also because a grieving person is responding not so much to the event of death as to the loss of a human connection.

These symptoms, upsetting as they may be, are usually within the range of normal response to a loss. They call for comfort and sometimes explanation, but not treatment. And certainly not labels like “bizarre, deranged and demented.”

However if these symptoms linger and become increasingly debilitating, the condition turns into what is now being called unresolved or complicated grief.

The risk of developing complicated grief depends on both the immediate circumstances of the death and the background against which it occurs.

Post-Traumatic Stress Disorder (PTSD) is more likely to follow a traumatic experience if the person who undergoes it regards their reactions as a sign of weakness, believes that others are not responding helpfully or sympathetically, fears that they will lose their sanity if they think too much about the experience, or ruminates about how they or someone else could have prevented it from happening. But these are also risk factors for complicated grief, and the disorder is more likely to occur after a death that is traumatic, which usually means premature, sudden, violent, or unexpected.

But recent studies have shown that experiences not typically regarded as traumatic, such as work problems, family conflict, chronic illness can lead to symptoms that resemble PTSD. In the same way, even normal bereavement can produce complicated grief.

Whether that happens depends on how a person copes, not just with the specific trauma, but with loss in general. Our developed coping mechanisms are an important determining factor in how we will deal with any significant loss.  We are all vulnerable to unfulfilled hopes, broken romances, illness, and injury. For anyone who could not respond to earlier losses without losing emotional equilibrium, complicated grief becomes a greater danger.

So a person with a history of depression, anxiety disorders, or a personality disorder is more likely to suffer complicated grief after bereavement, as well as PTSD after a traumatic experience.

Grieving is especially difficult and painful for a survivor who has had a close but uneasy relationship with the deceased person. Sometimes a mourner feels hatred, anger, or resentment as well as affection for the lost person. According to psychodynamic theory, the survivor may internalize the image of the deceased and identify with the image, turning anger and hatred against him or herself. Survivors who have difficulty coming to terms with ambivalent feelings about the deceased may experience self-punishing feelings, such as guilt and worthlessness. These feelings are also typical of depression.

John Bowlby’s theory of attachment provides a variation on the theme of completing grief work. According to Bowlby, infants and young children are attached to a parent or other caregiver who provides a safe haven and a base from which to explore the world. Eventually they must separate, but separation is stressful and may be resisted on both sides. The quality of attachment influences how successfully we achieve separation from caregivers in childhood and how well we cope with adult losses, especially bereavement.

The process of separation is complicated when a child has been insecurely or anxiously attached to caregivers — unsure whether they will be there when needed, emotionally or otherwise. Insecure early attachment can lead to insecurity in later relationships and corresponding complications in the process of grieving.

What factors might alert you to potential complicated reactions that may require counseling? If the following changes in behavior are sustained with lasting intensity, they deserve careful scrutiny:

So, what about Florence? Time will tell, and confidentiality dictates that I won’t. However, I do have a plan. The treatment of complicated grief relies on the idea that grieving is an experience to be worked through. Some people are thought to be stuck and unable to free themselves because of problems arising from emotional instability, previous losses, or difficulties in their relationship with the person who has died.

A therapist may try to help by identifying past losses that were never fully mourned and discussing their connections with the present loss. They may also gently point out feelings about the deceased that the survivor may be defending against, helping the mourner come to terms with ambivalence. Finally a good therapist will help the person reinterpret the loss, partly by re-experiencing it in imagination. It also helps to have or develop a good social network by which new social relationships and activities can help to bring some reasons to go on.

In every life, there are always reasons to go on. Our task is to encourage and support grieving people until they are able to FIND those reasons. For although they may be there, that person more than likely cannot SEE them just now. 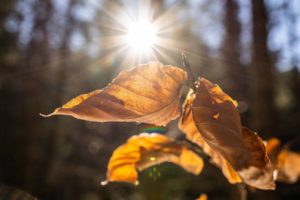