Listening. Be a friend who is prepared to give their time, to listen and to acknowledge the extent of your friend’s loss. Listening is the key. Bear witness, and allow your friend to be upset, to be confused and contradictory, or to say nothing at all. Every time they tell their story once more, or are allowed to say how important the person who has died was, the burden of carrying their pain on their own is incrementally a little lighter.

It’s not about you. Follow the mourner’s lead: they may not want to talk about their grief right now, or even with you. It is good to say something to acknowledge their loss, but then let them have the control they need (they had none over the death), to choose to talk or not. If they ask you to come and be with them, and want to talk openly to you, go. If they truly do not want you to visit, and do not want to deal with it at that particular time, don’t force it on them. Don’t confuse your need to speak or call or be in contact, with your friend’s need.

Acknowledgment. Death isn’t catching, but those who are bereaved might think so, judging by the fear they see in other people’s eyes. People are frightened about whether to come forward, about what to say, about saying the wrong thing – so, in the end, they say nothing. All of that comes from a belief that whatever you say should make things better, that you should have enough wisdom to make the pain more bearable. But you can’t. Nor do you need to. Being kind enough to dare to acknowledge them and their situation is good enough.

Offering to be there if they need you, suggesting that they should be the one to ring you, is probably asking too much of your friend at this time. It is better if you take the initiative and make contact, and then follow their lead: they may want to see or speak with you – or not. Often, people don’t make contact because they feel they don’t know the bereaved person well enough. If you are erring one way or the other, better to err on the side of making contact.

Practical help. Doing practical things is often what really makes a difference. Don’t say, “Let me know if I can help”; actually and specifically offer to do something helpful. At the beginning of a bereavement, there may be a lot of people around, so bringing food may be the best thing you can do. Taking food around for longer than the initial crisis is rare, and therefore particularly appreciated.

Honesty. Be honest. Honesty is comforting and easy to deal with. There is a direct cleanness to honesty that cuts through much of the complex messiness of grief, and this can come as an enormous relief to people.

Also, be honest about what you actually can do rather than covering up because you feel guilty about what you can’t. Be specific: say, “I’m going to come round for half an hour” or “I’ll come on Tuesday”; don’t say, “I’ll come whenever you want, tell me, and I’ll be there”, and then find you can’t deliver on that offer.

Be sensitive. While being honest is important, so is being sensitive. Promiscuous honesty is not a good idea. Be aware of showing too openly that your life is trotting along happily, as that can feel like rubbing their nose in your happiness.

Be in it for the long haul. Try to remember to make contact and be supportive after everyone else has gone. Usually three months following the death, people get back to their lives, as they should. But it is by no means over for the person who is bereaved. Sending a text or popping by can be hugely supportive.

Writing. Whether letters, cards, texts or emails: it doesn’t matter what you write – all are extremely helpful. It is better, however, to say that you don’t want a reply, because some people simply can’t respond. And it is never too late to send them. It is a welcome surprise to receive a card much later, because it is when everyone else has forgotten and your friend is still grieving.

When you do write, try to make it personal and avoid tired cliches such as, “She’s had a good innings” or “Better to have loved and lost”, because they are trite and in some way diminish the personal importance of this very loved person who has died.

You don’t need to go into long explanations of why the person has died or theological explorations about death; just be loving and personal, warm and acknowledging.

Simple, yet so helpful. 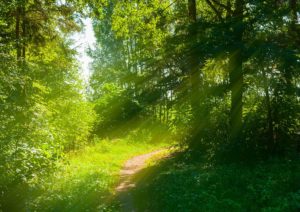