Wendy and her husband John loved to travel. One of their favorite destinations had been a resort Antigua, an island in the West Indies, where they had spent many wonderful vacations. It was their paradise, with a lovely beach and great hospitality, and they had spent many delightful winter weeks there over the years. Wendy described it as her “happy place.”

But that changed in 2008 when, while they were staying at the resort, John fell ill and was diagnosed with pancreatic cancer, and admitted to the local hospital. Wendy spent her days there with him returning to the resort for her evening meal and rest, and when their week came to an end, John was still too unwell to travel home. The management of the resort immediately extended Wendy’s stay, and were extremely kind and supportive to her until she was finally, some weeks later, able to get her husband back home. Sadly the tumor was not able to be treated and John died 6 months later. It was a devastating loss to Wendy and she attended one of our support programmes in the months that followed his death.

Fast forward 8 years. Wendy was on Caribbean cruise with a number of our support group members this past January. One of the ports of call was Antigua, to which Wendy has never returned since John’s death. In a conversation before we left, she told me that she planned just to stay on board ship that day, and not even set foot on the island, because the memories of that last visit were just so painful. That was fine, so that morning, after we docked. I set off in the morning with several members of our group to explore the island, returning to the ship around noon.

By “divine coincidence,” I bumped into Wendy as soon as I was on board, and she told me she had made a big decision that morning. She wanted to go and visit the resort again, and she and her room-mate were going to take a taxi out there. I asked her if she would like me to go with them, and she said YES she would. We found a taxi who took us out to the resort, where Wendy had to “talk” her way in by explaining the situation and the reason why she was there. Happily, the management agreed to let us come in.

As they escorted us through the property, I could see it was an emotional experience for Wendy but she handled it like the trooper she is. She wanted to see the dining room where they had eaten together, and the villa overlooking the ocean where they had stayed. Then she had tears when she came to their beloved beach, as she remembered the sadness of that last time she was there. Our escort was absolutely lovely, allowing her to take all the time she needed. I offered to take photos of her in front of the villa, and then on the beach, and I could see that Wendy was falling in love with the place all over again, and the painful memories of their last time were being replaced by memories of all the good times they had shared together.

And just when we returned to the main reception preparing to leave, a lady rushed out and said “Wendy!” It was one of the staff whom she had known over the years and who had been so good to her in 2008. There was a tearful reunion which touched her … and me …deeply.

Never have I felt such a sense of privilege to have been allowed to witness all that transpired that afternoon. It was can best be described as a ritual of reconciliation. Wendy has been haunted by the memories of these difficult days in 2008, but something said to her that morning that she had to face those demons and try to put them to rest. It was a difficult and courageous thing for her to do, and certainly tears were shed, but they were healing tears and she said afterwards she said that “Finally, I think I have put it to rest.”

It wasn’t the place itself that had haunted her; it was what had happened while at that place that really been troubling. And she needed to go back to discover that it really was (and still is) a wonderful place. She was able to see that although what had happened at that resort on their last visit had been difficult and painful, by being there again she remembered and could see and that they also had many happy memories of the place and the times they spent together.

Are there “demons” that stop YOU from going somewhere, or dealing with something, or facing someone? Are you allowing today’s experiences to be filtered through yesterday’s events making you interpret what could be a positive into a negative?

By facing her fears and her hurt, Wendy transformed her way of thinking, and truly has put that traumatic experience behind her. We cannot allow the difficult memories of the death to overwhelm the positive and happy things that formed the good memories of the person’s life. 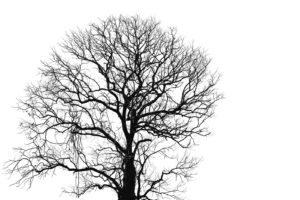