Healing from a Loss

Losing a loved one is never easy. But having a strong support system can dramatically help cushion the blow. Consider the following contrasting stories:

Mike, a successful business man in his early sixties, lost his 34 year old son Jason tragically earlier this year. Jason had suffered with depression for several years, but encouraged by his mother, a member of a fundamental religious group, he had stopped taking his anti-depressant medicine, believing that his illness was “of the devil”, and that “God would heal him” and even that “taking medications was a lack of faith in the Lord”. In a severe state of clinical despondency, Michael jumped off the roof of their multi-storey building to his death.

Mike’s sorrow and despair over the loss of his son was matched only by his utter fury at his wife over what he perceived to be her “religious fanaticism that had cost his son his life”. But as difficult as the situation was, it was aggravated by the fact that there was little or no support for either of them.

Donna, Mike’s wife and Jason’s mother, went back to her Church where tragically she found little support. Some people tend to “Praise the Lord” for success stories, but keep a disapproving silence when things don’t seem to work out the way we want or expect. Some even had the audacity to suggest to Donna that maybe SHE hadn’t prayed hard enough, or that she was being punished for some past or secret sin, piling guilt on top of her grief. How anyone can believe that the Almighty could be so vindictive is beyond me, but I tell you the story to show the lack of support that can be evident in the actions of some.

Mike found little support. His friends didn’t know where to begin. The loss of a son is difficult at any time, but in such complicated circumstances, most found it easier just to say nothing. Besides, most didn’t know how to react when Mike, whose successful business had been built on some pretty hard nosed decisions and aggressive tactics, would suddenly burst into tears.

And need we say it; Mike and Donna were of little support to each other. Mike was so angry with her that there has hardly been a civil word between them since the death. Mike found it difficult to be in the grief group because his story was so uniquely tragic, and also people kept telling him he had to “forgive and forget”. His grief process was affected by what he perceived to be people’s judgment and criticism, and whether right or wrong, it is that perception that makes the difference.  (We are currently integrating Mike into a group exclusively for survivors of suicide which we hope will help.)

Often feeling alone and depressed, Mike has increasingly sought comfort in alcohol, drinking a bottle of wine most nights of the week. He is often distracted and tired at work, and his business is in jeopardy as a result.

And then there’s the story of Lisa, 38, whose father died suddenly last year. Lisa is close to her mother, with whom she lives, and they talk often. She has a sensitive and caring boyfriend who listens to her without judgment, and even attended the grief group with her just to lend her support.

In addition, Lisa has worked hard to develop and maintain a wide circle of close friends, from childhood, through high school, college and beyond. Many of them knew Lisa’s father from when they would come around the house, and they miss him too. Her Dad would always tease her friends and most thought of him like a father as well. They call her often these days, exchanging stories about her father, and sometimes they cry together. Bolstered by the support of those around her, Lisa now feels as if she is beginning to accept her father’s death and reorganize her life.

While Mike and Lisa suffered different kinds of losses, their stories highlight the fact that a good support system is like an emotional safety net during difficult times.

All of us experience loss at some point in our lives – emotional, physical, financial or otherwise – but it is the strength of our connections with others that largely helps determine how and when we bounce back.

Sandra Koch, a psychologist who specializes in grief and loss says. “I think one’s support system has an amazing amount of power. Connection with others is so important in a time of loss. We’ve lost a relationship, and now we’re trying to make sense of it.”

And psychiatrist Stephen Peterson puts it another way. “Grief is impossible to do by yourself, because it is so painful. We are social creatures. We need the support of loved ones and friends.”

But what if there are no existing support mechanisms? Some might say that Lisa’s social network is unusual in this culture of rugged individualism and social isolation. As Mike’s illustrates, without a solid support system, many of us deal with grief in negative, and potentially self-destructive, ways. No every story is a good or successful one. Like Mike many try to numb themselves with alcohol or drugs.  Some may jump quickly into a new relationship or change their job or move away, while others deny or minimize the importance of the loss when discussing it with family or friends.

In a new series of articles, I would like to provide some support suggestions for specific situations, such as the loss of a spouse, child, parent and other areas of loss. Perhaps you might like to suggest topics that would be particularly relevant and helpful.

In this article I am suggesting four helpful things as to how grieving should help themselves following a loss. For those who ask, I will send these and others to you without cost to reprint to give to your families and community:

Make sure you eat well and get enough rest. It sounds simple, yet many people fail to do it. Grieving can be a draining experience – mentally and emotionally. It is important to maintain your strength.

Another downside to poor diet and irregular sleep patterns is that these things can bring about unwanted feelings, like irritability and anxiety that have nothing to do with feelings related to the loss.

Often, people don’t know what to say to those who are grieving, so they make comments like: “At least he’s not suffering anymore,” “Be strong” or, “You have to keep busy.” At best these clichés are not helpful. At worst, they are downright harmful and annoying,”

Such comments are made partly because so many of us are so uncomfortable with our own grief. But, however well intended, they tend to downplay the griever’s true feelings, Grievers don’t want intellectual information or advice. Ask them what happened, to tell you their story, and then put both hands over your mouth. Let the griever talk, because they want to tell about the loss they’ve had, and stories about that person. I believe honest communication is the key. One of the best things you can say to a grieving person is, “I can’t imagine what this is like for you.” Or, as the griever, you might say, “You know, right now I’m doing okay, but this morning was really not so good.”

Grieving always takes longer than expected. It is important to remember that there is no set time frame on grieving. Some people expect it to be over after a few months but in fact a lot of people experience numbness for that first while. Some find that their grief is heightened on all the significant dates and occasions through the first year of mourning

Most grief counselors agree that genuine healing begins long after the first few months. Our culture is quick to tell people to move on. Right after a loss, people are generally pretty good about helping, but that often ends after a month or so. It is when people start to experience the loss at a deeper level, sometimes a number of months after the loss has occurred, is when they really need the help.”

Sometimes the loss of someone close to us can act as a wake-up call, providing the impetus for change in ourselves. We may reprioritize our values, our relationships, even our work. The loss of somebody important certainly makes you reconsider the relationships you have left. Many realize that life is short. But at the end of life few people wish they had spent more time at the office. Most would rather have spent more time with the people that matter and on things that really made a difference.

One of my hopes for 2008 is that Mike and Donna will come to that place. 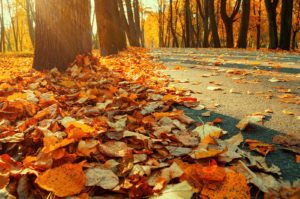