I Love to Tell the Story

When I was a kid, I used to love when my mother would read stories to my sister and me. Or we would listen with rapt attention to the radio to hear of the exploits of Dan Dare, Pilot of the Future. How these tales captured my imagination. I would sometimes picture myself in that story, usually as the hero, of course.

But there were other more personal, real life stories that I remember as part of growing up. My grandfather fought in the First World War, and would regale us with tales of his exploits, especially the time when he was wounded. We would groan when the same old anecdotes would be repeated time and again, although I have to say I now wish I had paid more attention, or had captured him telling his story on a video or recorder. Every now and then, I ask my sister, “what was it that Jimmy (our affectionate name for him) used to say?”, and it is often with regret, all these years after his death, that we realize that much of the detail of his history has sadly been forgotten.

I remember my Dad, my uncles and other family members who had their stories too, and they remain as a legacy of who these people were and what they meant to me in my life. Sadly, it was not till after the people who lived these incidents were gone that the stories took on more significance, which is a lesson to learn.

Today of course, many of the stories we hear are in movies, Coronation Street or Downton Abbey, or on social media. Reality shows illustrate how everyday people and incidents can generate interest, and of course Facebook is just one more example of how everyone wants to tell their story, and how many people are more than willing to listen.

Nowadays, I hear stories in 2 ways, First, being an old fashioned grandpa, I love to read stories to my grandchildren … they are quite young so it is still a novelty for them … don’t know how well it will work when they are teenagers!!!

But I also have the unspeakable privilege of listening to families and friends who tell me the stories of their lives and those of a loved one who has died. I am always curious to know who the person was, what they were like, what they did, and what this relationship that is so sadly missed meant to the story teller.

Every person has a story. You have your own stories about parents and grandparents, family members and others. Some of them are good stories that you are proud to recall. Others may not be so positive or memorable, but they all combine into the intricate weave that forms the pattern of life.

But usually, life stories are a blend of good and bad, positive and negative experiences. Life is never perfect, but sometimes the way we hear people describe it, you would wonder. Sometimes people “embellish” their stories to make themselves look better, or their situation look worse depending on the rewards either approach offers them

One effective tool in grief counselling is known as narrative therapy. It is not just a “you talk and I listen” approach, but offers a more constructive method to enable people not only to tell their story, but to put it into a broader and often more realistic context. Narrative therapy is a collaborative approach to counselling which focuses on people themselves as the experts of their own lives. Stories in a ‘narrative therapy’ context are made up of events, linked by a theme, occurring over time and according to a plot.

We all manipulate our stories. Many want their story to be a good one, so we often choose certain events as privileged and selected out over other events as more important or true. As the story takes shape, it invites the teller to further select only certain information that makes them look good or better, while other less flattering events are neglected and omitted. Thus the same old story is continually told.

More often than not however, the stories people have for themselves and their lives have become completely dominated by problems. These narratives on a timeline have been referred to as “identity stories”. For example we may hear someone describing themselves by saying ‘I’ve always been a depressed person’, or ‘life has always been difficult for me’. Such identity stories have a powerful negative influence in the way people see their lives and capabilities (e.g.: ‘I’m hopeless. Why does stuff always happens to me?’)

Counsellors and therapists engaging with narrative ideas and practices work alongside people in resisting the effects and influences of problem stories and deficit descriptions. In therapeutic conversations this involves listening and looking for clues to knowledges and skills that run counter to the problem-saturated story. Often to be discovered are what begin as thin traces to subordinated stories of intentions, hopes, commitments, values, desires and dreams. With curiosity and exploration these preferred stories and accounts of people’s lives can become expanded and more richly described.

Thus within a narrative framework, people’s lives and identities are seen as multi-storied versus single-storied entities, discovering through conversations, the hopeful, though previously unrecognized and hidden possibilities contained within themselves and their unseen or overlooked story-lines. Counsellors who engage in narrative therapy collaborate with people in “re-authoring” the stories of their lives.

Grief support involves giving people the opportunity to tell their stories. People we DON’T know are statistics, but people we DO know are stories.

Let me explain what I mean by that bold statement. Thousands of people die every day. Some in cancer wards, hospitals or institutions; others die in accidents on the roads or in acts of violence; others die by taking their own lives. We hear about it on the news, on the internet, or by word of mouth. Or, to be honest, most of the time we DON’T hear about it. It touches our hearts when we hear of tragedies but it doesn’t change our world. While we are sympathetic about other people’s losses, it is not long before OUR world returns to normal. We are affected but not changed, shaken but not stirred.

But when it is MY loved one, my family, my circle of friends, someone significant in MY life; the best way to describe it is … it is different!

The death of someone who has touched MY life is always personal. When it is a stranger, we all want to “get the story” of the death. But grieving people need to “tell the story” because “that which cannot be put into words, cannot be put to rest.” Grief invites us to remember, not to forget … that’s why a grieving person is almost obsessive about talking about the person. We want to tell the story because we don’t want our loved ones to be forgotten.

However, more often than not, shortly after the funeral, there can be a conspiracy of silence. No-one talks about the death, or mentions the person’s name. Of course we understand that their intention is to try not to make it worse, falsely believing that if they mention the person or the situation and the grieving person gets upset, that means they have opened a can of worms and made it worse.

But it can be even MORE upsetting when others seem to act as if the deceased never existed. Grieving people find that the most fundamentally upsetting thing of all. They don’t want their loved ones to be forgotten, or to be reduced to being a statistic.

I actually find, believe it or not, that it is often more helpful to start with the story of the person’s life. To begin with how they met, or what they were like, or the things they shared in common. That helps to build a foundation in which the story of the death can be told. We have to put the death in the context of the life. Otherwise the story is going to be dominated by the “problem” of the death.

But it is important to encourage the person to engage in “realistic recollection” … to remember the good and the not so good; the things they loved about them as well as the things that drove them crazy.

Life is never perfect, and neither are people. And that, as they say, would be the rest of the story. 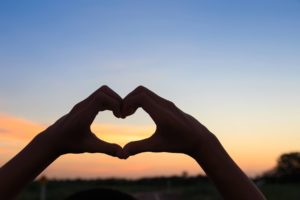