I Want My Husband Out of the House

“I want my husband out of the house,” said Terry through her tears.

I have heard that statement before … thankfully not by MY wife. At least, not in my hearing!

Terry’s husband just sits in the family room, and it is driving her round the bend.

It’s not what you think! Terry’s husband Joe died by suicide just over a year ago. They had enjoyed a reasonably good marriage and were blessed with two girls now in their late teens. Joe had suffered with mental health issues since his teenage years, but had seemed to be doing quite well with everything under control. While he had appeared mildly depressed in the months before he died, his death came as a complete shock.

One weekend last summer, the family was visiting Joe’s parents who live in a high rise apartment building in the city. The day seemed to be going fine, when the unthinkable happened. Joe had simply excused himself for a minute, but unbeknown to anyone, took the elevator to the roof of the building, and simply jumped off. What complicated things even more was that his fall and the aftermath was witnessed by Terry and all the family.

Obviously it was a very difficult situation for everyone.  At the funeral, everyone spoke in glowing terms of Joe’s contribution to work, to friends and the community, and how stunned they were that this had happened, apparently completely out of the blue.

Terry attended a support group and sought one on one counselling to help her deal with the traumatic effects of the sights and sounds of that terrible day. She ranged in her emotions from SAD in the beginning, to MAD at what he had done to them and the mess he had left her in. As months went by, the anniversary of the death approached and Terry found herself reliving every moment of the days that had led up to the event. Her counsellor worked to help her decide what would be meaningful on the first anniversary, and the day itself proved to be manageable if not emotional.

Joe had been cremated, and his two daughters had insisted that the urn be kept in a prominent place in the family room. The girls obviously had a difficult time with their father’s death, and felt that having the remains at home kept him close … almost as if he was still there with them.

That worked for a while with Terry, but it was not long after the anniversary of his death, that she uttered the words with which I started my article. She wanted Joe’s cremains out of the house because every time she looked at them, she felt the anger rising at what Joe has done and the situation she is in.

Here’s an important point for Funeral Directors: Many people only start to think creatively about what they should do sometimes long after they’ve brought the ashes home.

Of course, they are more than just “ashes” and they deserve a fitting destination. But from a grief perspective, we need to remind ourselves of Vanderlyn Pine’s statement that “A funeral helps to separate the deceased from the living.” While I understand the theory of “continuing bonds”, there are dangers with the misapplication of that model, particularly when the “holding on” to cremated remains allows the person psychologically to keep the deceased “in the present”, as if they were still there “in the house” with them.

Here is an opportunity for funeral directors at the time of the funeral, if, in their confusion at the time of death, the family is uncertain what to do with the cremains. Why not suggest that perhaps that in 6 months you meet for a discussion as to “permanent disposition” when after the initial shock has dissipated they have finally decided what they want to do.

By the way, that might also present a good time to raise the question of preplanning for the survivors!

I believe we need to be more proactive in encouraging people to “do” something with the cremated remains that allows for a place to leave their loved one, and place they can go to reconnect.

Thus it was last month that the family met together and, with permission, scattered the remains on Joe’s favorite golf course, beside a bench they have donated in his memory.

Terry’s only problem now: Does anyone want to buy a used urn? 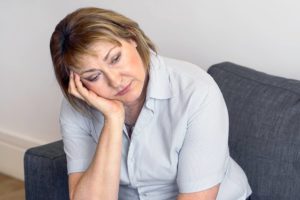