“Be controversial!” the organizer of the conference said. “It’s the only way to get people’s attention here!”

Now, those who know me well understand that I am not used to being controversial. In fact for reasons a psychologist would probably find interesting, I tend to “play it safe” and try not rock any boats. But at this  stage of my career and with my advancing years, I thought, “What the hey!” and I announced that my topic would be “Is Grief Counselling Necessary?”

Believe it or not, the question and indeed the answer are more complex than one would first think. What IS bereavement counselling? On the surface, the answer appears simple; it is a form of counselling specifically designed to focus on the client’s bereavement and the feelings, thoughts and experiences that accompany a significant loss. But what are the parameters of that mandate to the counsellor?

Grief or bereavement counsellors undergo a specific training, in which they study the theories relevant to the experience of being bereaved, including theories of attachment and loss, different models of grief and bereavement, as well as understanding the various factors or variables that might affect a person’s grief response (age, social circumstances, previous loss history, relationship with the deceased, manner of death, etc).

The challenge facing bereavement counsellors is that they are expected, rightly, to confine their attentions to the client’s GRIEF. There is an implicit understanding, made explicit in the name “bereavement counsellor” that the counselling work will not include in-depth examination of other areas of the client’s life, such as marital difficulties or issues such as addictions or eating disorders. Those issues constitute another field of counselling.

There is, however, an inherent difficulty in this. Recognised theory acknowledges that bereavement can significantly disrupt all areas of a person’s life. When someone dies, one cannot look at the emotions or symptoms in isolation. We have to recognize that the loss of a loved one changes EVERYTHING for survivors, and to REALLY offer support in such a “crisis” one has to explore and understand the significance of this loss, and how that has changed the bereaved person’s whole world. The manifestations of grief can include feelings, physical sensations, cognitions and behaviours. But this list covers just about every kind of disturbing emotional, physical and psychological difficulty.

Years of research has shown that psychotherapy is an effective way to help most people who are experiencing distress. Both professional journals and the mass media have reported that despite the theoretical approach of the clinician or the person who is receiving the therapy – individuals, family, or groups – clients are in significantly better shape after therapy than those who do not take advantage of it.

The dilemma facing grief counsellors is that in most cases they are not psychotherapists, so the scope of the situations in which they are qualified to work is somewhat limited. The question of what actually constitutes bereavement counselling remains. Areas that might be deemed to be outside the scope of bereavement counselling might include severe mental health difficulties, addictions, eating disorders and issues that predate the death and would appear to be unconnected, like marital problems or early childhood abuse. However, like any human experience, grief and mourning do not happen in isolation to other areas of our lives. Bereavement can have adverse effects on our relationships, our work performance, our self-esteem and self-image, as well as our physical and mental health. So then the ethical bereavement counsellor is caught between two conflicting demands.

On the one hand, we know that grief can spill out into all areas of a person’s experience. On the other hand we are expected not to explore those areas in depth. Where should the line be drawn, and who should draw that line? How does the counsellor decide which of their client’s issues legitimately fall into the remit of “bereavement counselling”’ and which do not?

In practice, bereavement counselling often becomes, in effect, general counselling … psychotherapy … with all areas of the client’s life open for examination. In counselling, it is generally accepted that the client will start with what is often called the ‘presenting problem’ and over time will bring a variety of issues and difficulties to the counselling work. The presenting issue is something that the client sees as an acceptable difficulty, such as a bereavement. Having established a relationship with the counsellor, the client then feels safe to disclose and explore underlying and perhaps more deep-seated concerns. I suggest, in effect, that this is what is happening in a lot of cases of so-called “bereavement counselling.”

I make a clear distinction between ‘bereavement support’ and “bereavement counselling.” Is bereavement a psychological problem? Unlike other areas that are considered appropriate for counselling, bereavement is something we are all guaranteed to experience at least once in our lives. Loss is a universal human experience. It is only in the last 30 years or so that we have moved into this realm of “counselling” being seen as a necessity. But the statistics do not bear out that practice. I have become a strong advocate for the need to offer community grief support programmes which offer education, empathy and support, which seems to be borne out by the following statistics.

In fact, recent research shows that the vast majority of bereaved people do not appear to need counselling to help with their grief. Most bereaved people have a tendency to improve in their adaptation to the loss without any professional assistance. Only 10-15% of those whose loved one have died experience suffering and grief so intense and for so long that they develop psychological and physical debilitation, sometimes to the point of being fatal.

That is not to say that the depth of emotional pain caused by bereavement should be ignored. For many it can be truly incapacitating. But what people find most helpful is the validation of their experience by sharing it with others … often in a support group.

There appears to be several reasons why people seek help with their grief. At one end of the spectrum are the lonely and isolated, often elderly, those lacking in social support. Many of these clients need bereavement support, maybe even befriending and practical assistance, rather than bereavement counselling. This is why I have become such a strong advocate for community grief support groups where people can come and learn about grief; have their experience validated and legitimised; can find understanding and compassion; and can find support not only from the qualified leader of the group, but by other participants in the group whom they find to their surprise are going through simora feelings and experiences.

Perhaps it is also possible that the reasons why many people seek bereavement counselling is that it seen as more acceptable than requesting general counselling or therapy. There is still stigma attached to needing “psychological help”. It can be seen as an indication of either “craziness” or “madness”, or a weakness and inability to cope with one’s own problems. This is the “big lie” that we have to uncover.

Admittedly there are some situations where counselling is beneficial: those people who have psychological difficulties over and above their loss that inhibit their ability to deal with a bereavement; and those whose relationship with the deceased was conflicted, unhealthy, unresolved or ambivalent, all of which are identified as factors in complicated mourning.

But is bereavement counselling what they need? The fact that they are having difficulty with the psychological effects of their bereavement would seem to indicate that there are other issues to explore. If so, would they be best served and benefit more from psychotherapy from the outset?

People need reassurance that grief is not a sign of weakness, it is a sign we cared. That it is socially acceptable to require support during this time. If grief is not a sickness, why do we try to treat it like one?

Nonetheless, the question remains whether those who have established themselves as “bereavement counsellors” actually have the qualifications and experience to adequately address these deeper, more complicated issues.

The answer to the question “Is ‘grief counseling’ helpful or harmful to the bereaved?” seems to be “It depends.”

As Robert Niemeyer said at a conference, “Counseling helps, unless it doesn’t.”

I would say that is pretty inconclusive. If that is not being too controversial!

Bob. Grief is good for the body mind and spirit; it just isn’t great for the IMAGE. 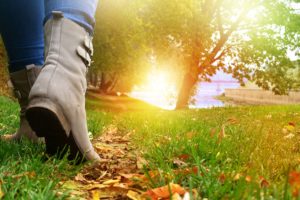