We see them every night on TV, on the front line of some of the disasters that affect our world. A first responder is a person who is likely to be among the first people to arrive at and assist at the scene of an emergency such as an accident, natural disaster, or terrorist attack. They include police officers, fire fighters and medical personnel, aid workers. Yes, and funeral directors.

While these courageous people provide a vital service, it comes at a cost. First responders are at least twice as likely to suffer from Post-Traumatic Stress Disorder (PTSD) an acknowledged mental health condition triggered by experiencing or witnessing a terrifying event. The one thing we can say about the grief of first responders: it’s complicated.

Post-traumatic stress symptoms may start within one month of a traumatic event, but may not appear for months or even years after. They can cause significant problems in social or work situations and in relationships, as well as with one’s ability to go about normal daily tasks.

Symptoms of intrusive memories may include:

Symptoms of avoidance may include:

Symptoms of changes in physical and emotional reactions (also called arousal symptoms) may include:

This author holds the view that Post Traumatic Stress should not be thought of as a “disorder” as much as a “reaction”. The very tem “disorder” suggests that somehow their response is pathological. We need to move the conversation on trauma away from “what is wrong with you” to “what has happened to you”. In other words, we should change the focus of PTSD from “a sickness” to consider the “impact” the event has had on the individual and how they have reacted to it.

Thus, recent research in Post-Traumatic Stress has focussed on “Post Traumatic Growth”. This may sound like a fancy psychological phrase, and someone experiencing PTSD may wonder “How?” What is essential to keep in mind, however, is that post traumatic growth is not a direct result of trauma itself; but rather relates to how the individual struggles as a result of the trauma. As with many things in life, it is in the struggle that we find strength.

Post traumatic growth is about maintaining a sense of hope that a traumatised person can not only survive, but can also experience positive life changes as a result. The goal of any therapy for people with post traumatic reactions is to enable them to experience growth and development which, at least in some areas, has surpassed what was present before the struggle with the crisis occurred.

However, it is also important to be aware that the presence and development of post traumatic growth does not mean there is an absence of distress.

The key factors in promoting growth include relationships where they felt “nurtured, liberated or validated”. Many first responders and professionals hesitate to seek help because they believe that they should be “strong”, and “able to handle it”. We forget that professionals are first and foremost, human beings. So help begins by them experiencing genuine acceptance from others, who through attentive and compassionate listening can help not only in alleviating the symptoms, but in experiencing actual growth and resilience.

The person is always the expert on the person. To the first responder or anyone who has been involved in a traumatic event, I would simply say this:

“You are the expert on you. This reaction is not a sign of weakness, but an indication that you have been impacted by a devastating hit. You may need some help to integrate this trauma into your view of yourself and the world. Begin by simply acknowledging even the possibility of a better future. Let a counsellor help you bring out the wisdom that lies within your own self. And you will discover that you can take control over this trauma, rather than allowing it to control you. And if you let yourself take that journey, you will discover strength you never knew you had, and will return stronger and wiser.”

Grief support involves a reinterpretation of “how life can be meaningful even in the light of loss” by empowering people to re-define life as it now is, and to find ways to make the most of what they have left. 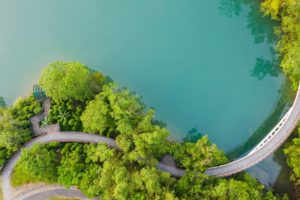