Loss of a Sibling

I have long believed that sibling loss is one of the most neglected areas of thanatology. To try to validate that assumption, I gathered together 20 books on grief from my bookshelf. All had the usual sections on the loss of a spouse, a child, a parent, and most noted the differences between sudden death and anticipatory grief.

But ONLY ONE BOOK dealt with sibling loss at all. There are a few books specifically on Sibling Loss, such as “The Empty Room”, but in general, sibling loss is often not regarded as significant as the loss of other familial relationships.

What first alerted me to this apparent disregard was something that happened to my dear Auntie Jean. She and her older brother Dave had been close from childhood. Even after Dave emigrated to Australia after the war, there were weekly “airmail letters” (remember?) that went back and forth, as well as many visits over the years.

When Dave died in his eighties, Jean made the long trek from Scotland to Australia for his funeral. When she finally arrived at the home, she was met at the door by a neighbor who as the self-appointed “gatekeeper”, determined who would sit with the widow and family, and who were to be “helpers.”

You guessed it! As a mere “sister of the deceased” Auntie Jean was invited to “lend a hand in the kitchen” until of course her horrified sister-in-law came and rescued the situation. But to this well intentioned neighbor, a sibling relationship was minor compared to the grief of “the family.”

Surviving siblings are often the “forgotten mourners”. Listen to what Sandy writes after the death of her younger sister, Laurie:

“More often than not in the weeks and months that followed, I was asked, “How is your mom?” or “How is your dad?” It was as if I didn’t experience any great loss. Outsiders assigned me with the role of informant about my parents’ well being.

When adults lose a sibling, they often feel abandoned by society. The sympathy goes to their parents, but brothers and sisters are supposed to “get over it” quickly so they can comfort the parents or replace the lost sibling. This is one of the reasons why adult sibling loss falls into the category “disenfranchised grief’”

Why is the death of a sibling different than any other loss? To begin with, siblings are an essential part of our history. Each family has its own special history and share bonds that become part of that history. When a sibling dies, these bonds are shattered and the history forever has a void that cannot be filled.

When a child dies, a young sibling, in addition to their grief, may also experience diminished nurturance and attention from the parents. They often resent the attention that has been focused on the sick child and the leniency and tolerance accorded to them as a result, as compared to their own restrictions.

At times siblings may be angry at parents for not having better protected the sibling from death; or perceive them as having played a role in causing the situation. This of course relates to a natural fear recognizing their parent’s limited ability to protect their children from illness or accident. The basic need of a child is for safety and security so a surviving sibling will need time with parents to reassure them that they will be protected as much as possible, and well as to receive support and nourishment for their own development.

When a sibling dies, survivors may feel as though part of their identity has also died. One author writes:

“Today’s families are smaller; many children have only one sibling. For

such children to lose their sibling makes them an only child, a sole

survivor. The child they grew up with, who lived through their childhood

with them, their witness, is gone.

Another poignant view of the void created in a family is offered by Richard A. Dew in “Rachel’s Cry: A Journey Through Grief”:

“In my family there are many roles to be filled: some play Provider, Peacemaker, Problem Solver, Helper and Healer, Others are Encourager, Comforter, Nurturer, and still others Fixer, Learner and Teacher.

But given the cast that we depend on, who stands in when the Fun-maker’s gone?”

New family roles may emerge that might not ever have been considered. A surviving sibling may have to replace a brother or sister as the caregiver for elderly parents; another may be named as the guardian for surviving nieces or nephews. Fulfilling these new roles can also cause adult siblings to put off dealing with their own pain and loss as they embark on their personal grief journey.

I have written many times on the importance of understanding “the relationship” to be able to determine what has been lost. No more is this true than in the loss of a sibling, because the relationship between a brother and sister is unique. Perhaps the word that best describes many sibling relationships is “ambivalence”. Which of us cannot recall sibling rivalry as we competed for the attention love and approval of our parents?

There will be times when adult siblings have, for one reason or another, not remained close. Such a bereaved sibling may feel remorse or guilt because they have grown estranged. Barbara Ascher writes in her book, Landscape Without Gravity:

“Were you close? Yes, but we didn’t know it then. Siblings may be ambivalent about their relationships in life, but in death the power of their bond strangles the surviving heart.”

Often a surviving sibling will feel guilty because they didn’t keep in touch as often over the years. But they may also recall times when they wished their sibling would “disappear” or “drop dead” and these feelings can come back to haunt them. They may even feel guilty that they have been the one who has “survived” especially if it was a younger sibling.

But then sometimes even in the best of relationships, people still feel guilty. Listen to Sandy:

“Because Laurie’s accident took place while she was away on vacation, we all got to say, “Goodbye”. We had shared our final dinner and bottle of wine together. If I knew that would have been our last meal together, I would have consented to getting the red wine, which was her preference. What an odd thing to regret – choosing white over red.”

Many siblings find it is helpful to talk to others about their brother or sister. However, even good friends can quickly become uncomfortable with the subject, often at just the point when their support is most needed. Adult siblings may be living in areas where no one knew their deceased brother or sister—perhaps no one even knew they had a sibling. This can be very painful at a time when the surviving sibling longs to share a memory. In this case, it may be helpful to seek out and communicate with people who knew their brother or sister. Or simply finding another bereaved sibling with whom to share concerns and feelings provides a path to healing.

As Sandy puts it:

“When I lost Laurie, I grieved most for what was lost to us both – our future together. Death is bad because of what it takes away. We’re concerned about the things that will be missed in the future, the things that don’t happen. I grieve for my sister’s loss of life and for my loss of life with her.

But I work at not feeling guilty for surviving my younger sister, and I have learned to reinvest in life with a greater appreciation for the love in my life from my family and my friends, for my good fortune, and for fun. I have not settled in any area of my life. Laurie never did. I learned this from my sister, and am a more fulfilled person for it.

And why not? After all, the relationship between siblings is potentially the longest of their lives. 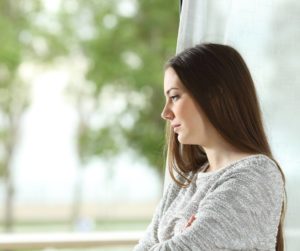