Loss of an Adult Child

So it is crucial that we understand the loss of an adult child as what it represents: namely, the loss of a Mom or Dad grieving the death of their child, regardless of age.

Let’s consider a few factors: With average life expectancy increasing to the middle and late seventies, the possibility of a parent living long enough to experience the death of their child increases. Add to that the number of middle aged people who die in vehicle accidents, homicide or suicide, as well as heart attack, stroke or cancer in our stressful society: these and other sociological factors clearly indicate that the likelihood of a elderly parent losing an adult child during their lifetime is very real and in fact growing.

There are several distinct factors that distinguish the grief of an ELDERLY parent from that of other losses, or even other surviving parents:

The expectation that you would die first. While this fact is true of ALL parents who lose a child, the older the parent the more pronounced the belief. Your child survived teenage years and all the dangers of youth. You had begun to think that they had “made it” and that the natural order of things was intact.

Guilt for not preventing your child’s death. Parents always hold on to the belief, however unrealistic, that their responsibility is to “look after their children”. While not a practical reality, it is a deeply held psychological need. After all, Moms and Dads are supposed to be the ones who can “kiss it and make it better”, who can help make everything right, and exert some power in the child’s life. But now, something has happened that is beyond even a mother’s control.

The feeling of being “punished”. Somehow we assume that the major traumas of life will occur when we are younger, when we were “out there” and more vulnerable. Even though you might have anticipated that your OWN life might lead to accident or illness, you did not expect to endure the shock of the death of your child. We live life with a belief in “cause and effect” so you might wonder what you “did” to deserve this. It seems unfair, so perhaps this is a punishment for some sin of the past. While is not logical to think that a child would die as a result of MY shortcomings, nonetheless it is an illusion we often hold on to.

As an outcome of the child’s death, an elderly parent may wish for his or her own death in order to be with that child, or to restore the order of things. While there is no conclusive scientific research to gauge how many elderly people die as a direct result of these precipitative circumstances, nonetheless we probably all know of situations where within a relatively short time after the death of an adult child, an elderly parent also dies. This can be due to many factors, admittedly, but it is an area for concern and support.

The grief process is an emotional roller coaster. If the child was terminally ill, or lived through laborious treatments or surgery, that roller coaster may have been at full speed for months or even years. In many situations, hope is replaced by despair; but then suddenly they appear to improve, only to worsen again. The unpredictability of such events makes for a shaky emotional reaction, and you feel battered around, as the expected became the unexpected. Now, at the end of this struggle, you find another up and down process as you grieve the death.

A sudden death produces different albeit equally difficult and challenging reactions. The effects of sudden unanticipated loss tend to leave the mourner stunned, feeling out of control and confused, unable to grasp the full implications of the loss that is perceived as inexplicable unbelievable and incomprehensible. This further interferes with the mourner’s ability to grasp what has occurred thus the intensity and duration of the numbness period is extended.

Here are just a few factors that occur when a loss is sudden and unexpected:

The person’s capacity to cope is diminished as the shock of the death overwhelms the ego. The impact of the loss can leave the individual feeling overwhelmed.

The person’s assumptive world is violently shattered without warning. We all make assumptions about life: such as the world being orderly, predictable, meaningful and fair; the idea that things like this can’t happen to me; that bad things don’t happen to good people. A sudden, unexpected loss, especially of a child, can cause intense reactions of fear, anxiety, vulnerability and loss of control.

The loss simply does not make sense and cannot be understood or absorbed. It is simply “too much to comprehend”. The person will feel that “it must be a mistake”. They may respond by saying “I just can’t believe it” or obsessively ask for information or having the same facts repeated to them, as they struggle to believe what is unbelievable. The questions and repeated requests for information are the mind’s desperate attempt to both understand it, and to try to seek confirmation that it is not true.

The mourner may obsessively reconstruct events that occurred in the days leading up to the death, or longer, in an effort both to comprehend the death and to prepare for it in retrospect.

With no chance to say goodbye or deal with unfinished business with the deceased, there can often be problems due to the lack of closure.

The loss cuts across, isolates and “freezes” the final experiences in the relationship and tends to highlight what was happening at the time of the death. This often causes “last-minute” situations to be out of proportion with the rest of the relationship, predisposing the person to problems with unrealistic recollection and with guilt. For example, if they had a good relationship, but the very night before the death, there was an argument, it would not be unusual for the survivor to say, “We were always arguing” which is unrealistic. It can also apply in “poor” relationships where there might have been a “last minute” reconciliation or a “nice weekend” just before the death, and the survivor then “idealizes” the deceased.

Which leads me to an important point, which is the parent’s NEED for idealization. At the very time when the bereaved parent may be dealing with guilt and reflecting on “what a poor parent” they think they were, they will be likely to focus on how PERFECT the child was. All their traits and qualities are seen in a more positive light. The child may be instantly elevated to sainthood.

While unrealistic, this idealization has its purpose. It brings comfort in the intensity of the emotional pain. As you idealize you child you are saying “all of this suffering and emotional pain I am going through is worth it, because look how special they were.” Gradually, idealization becomes realization as the person’s whole life is recalled, “warts and all”. Known as “realistic recollection”, when the person is remembered, not as perfect, but as HUMAN, reconciliation of the loss can begin.

Loss is inevitable, but what we DO about it is optional. Elizabeth Kubler Ross reminds us how any tragic experience can eventually be transformed into something positive. “Out of every tragedy can come a blessing or a curse, compassion or bitterness …. The choice is YOURS.” 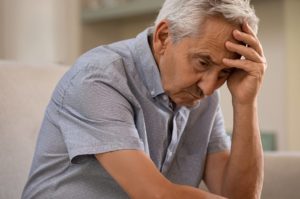