Loss of an Infant Child

“No-one knows what they can handle until they have to. If someone had told me that my child would die, and that I would survive, I would have said, ‘You’re crazy. I could never handle something like that.’ ”

While every loss is difficult, the death of a child is perhaps the ultimate shock, because it just seems so WRONG. The “natural order of things” assumes that you will die before your children. But when a child dies, parents find themselves adjusting to a seemingly illogical reality.

In any situation of grief, it is important to ask “What has been lost?” While the death is unequivocally significant, there are many secondary losses when we consider what that child represented in our lives:

They are “part of YOU”; part of your physical body. This factor alone makes the loss of a child unique, because you lose a part of yourself. You were involved in their conception; they have your physical characteristics (“Isn’t she like Mom?”) and you hope they will carry on the family name and traditions.

Our personal continuity is embodied in a child, our connection to the future. We often live out our own dreams in children. This isn’t necessarily right or good, but it is reality. We want them to succeed where we have not, or have a “better life” than us. We also hope they will be there to look after us when we are old and grey, and miss us when we are gone.

The Grief of Unmet Expectations. When an infant child dies, the loss of POTENTIAL is most difficult to come to terms with. Even at an early age, we see qualities in our child that we either had or HOPED to have in ourselves. We see talents in them to become good at sports, or music or ballet, which was something that, given the opportunity, WE would have liked to be good at. Or we might value our own capacity for empathy, courage or wit, and we saw flashes of those same qualities in our child which was a source of pride and contentment.

When a child is born we all have high hopes of what that child will be in terms of achievement. In fact, we are often tempted to think that “MY child is a GENIUS!” Which parent does not think that THEIR child is the greatest thing on earth? It is usually not until a few years later we come to the reluctant conclusion that perhaps the child is not so brilliant after all; in fact they may be frighteningly like their PARENTS!!

So when an infant child dies, we lose the “PERFECT CHILD”. That can be a high standard and heavy burden for surviving siblings to live up to … what the dead child COULD have been and done. The younger a child is at the time of death, the more expectations there are about his or her behaviors and possible accomplishments.

A loss of power. Many times, however irrational it may seem, a parent will assume responsibility for a child’s death. They see it somehow as their fault, a failure to “look after” the child, which is “what parent’s are supposed to do”. They may feel anger and frustration at not being able to control their child’s fate. We live with the idea that parents protect their children, but you couldn’t protect your little one from pain, illness, or accident … or from death. And many parents struggle to come to terms with that.

Perhaps infant death has been one of the most seriously ignored losses of all. In the event of a miscarriage, stillbirth and neonatal death, or Sudden Infant Death Syndrome (SIDS), the loss is often minimized. Well intentioned but misguided people will say, “Well, you are young, you can always have another.” But how many others does a mother need to have before she forgets THIS one? It is impossible.

Usually, unless the child had a personality and a presence that was observed by others, the survivor’s grief is often considered less important than that after an older child or another death.

“Most people didn’t even realize that I had had a loss. My baby seemed to be a ‘non-person’. Someone asked me, ‘How can you grieve for somebody who wasn’t?’ But my baby was somebody to me.”

This lack of acknowledgement and sympathy from others often deprives the parent of essential support, understanding and sympathy. I have had people in my support programmes grieving a miscarriage or perinatal death of 30-40 years ago which was never validated. They still struggle with guilt over the death, which, in the culture of that day, was often swept under the carpet and never mentioned again.

So there are two reasons why support is often withheld. First because we do not understand how deeply this loss is being felt and how significant it is in what it represents; and second, because we just don’t know what to do or to say in the situation. Is there going to be a funeral and should we attend. Should we send flowers or make a memorial donation. Maybe a bereaved parent represents our worst nightmare, and we prefer not to even contemplate such an actuality.

Guilt is a common reaction to the death of an infant:

“You wonder how much control you have. There is so much emphasis now on taking care of yourself, not drinking coffee, eating the right things and getting exercise. But when you DO all these things and your pregnancy fails, you say to yourself, I did all the right things but my baby still died … what’s wrong with me.”

“I spent months thinking it must have been the hot fudge sundae I had the night before.” (mother of a stillborn girl)

“My mother in law told everyone that it was the diet I had been on before I got pregnant.”

This last quote illustrates how guilt, real or imagined can come from other people. The mother in law is laying blame, saying “if YOU hadn’t been on that diet, THIS would not have happened.” That may satisfy her need to control things, but I cannot imagine it did much to enhance family dynamics or affection!

The need to review the circumstances is an inevitable outcome of a loss. Guilt asks “What could I have DONE” or “what DIDN’T I do” that could have affected the outcome. We have a human tendency to assume personal responsibility for the outcome, which refers back to our need to control situations. But sometimes circumstances are beyond human control.

In our search for a cause or for meaning some people think they have an answer. Consider the meaning of the following actual statements made to grieving mothers:

“If it had to happen to anyone, it’s good that it happened to you, because you are really strong and you are the kind of person who will be able to handle it. I could never handle something like this.”

“God must have wanted another angel in heaven.”

I will reserve the words I could use about such sentiments and simply say none of these was helpful.

Nonetheless they do indicate the need we all have as humans to try to make sense of things. There are many questions that surround the death of a child, some of which can be answered by the medical community (and I am pleased to say that many medical professionals have become increasingly sensitive to the needs of parents in such situations.)

There are also questions that other children may have … Mom goes off to the hospital to have a baby and comes home empty handed and upset. The surviving children may have many needs and questions, and look to Mom to provide both, at a time when she is barely able to look after her own needs.

But sometimes there are no answers. For years after such a loss, feelings of emptiness and sadness may surface, especially when seeing someone else who is having a baby, or at what would have been significant times, dates or anniversaries. “My child would have been graduating this year” is an important sentiment that deserves to be heard and understood.

Grandparents in such a situation also have a unique grief. It is DOUBLY unnatural to lose a grandchild, but they grieve not only the loss of their grandchild, but also for THEIR child who is going through this heartache.

“If I haven’t learned anything else from losing my baby, I’ve learned that whatever life throws at you, you can handle it. What else can you do?”

“In some ways you never stop mourning the loss; but you find a place for it; you integrate it and move on.” 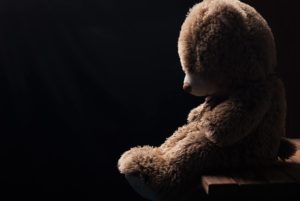