Bereavement is a choiceless event. Few if any would choose to lose the people they love. In this sense we are victimized by loss, the unwilling survivors of tragedy or misfortune which we would have gladly avoided if had we been given a clear choice.

But are we really victims after a loss? Sadly some traditional understandings of grieving seem to have almost unwittingly perpetuated this myth.  Some theories of the emotional aftermath of loss depict bereaved individuals as essentially passive, suggesting that they must go through certain “stages” over which they have little or no control, and over which is no choice. According to many grief support methods, the person suffering a loss simply seems to have to wait, to “see it through” on the assumption that “time heals all wounds”.

Perhaps the most influential model of the phenomenology of mourning is that of Elizabeth Kubler Ross, who focused on the emotional transition of 5 stages, beginning with denial and progressing through anger, bargaining and depression before eventually coming to possible acceptance.  Most subsequent stage models of bereavement have drawn upon some combination of these theories, which, in general, assume avoidance, confrontation and reorganization as the main components.

Admittedly, simple “step-by-step” models are appealing for their clarity, a factor that has contributed to their widespread appeal among both professionals and laypeople striving to understand the complexities of loss.

However, grief is never that simple.  I have observed that the bereaved do NOT passively negotiate a predictable pattern or demonstrate the proposed stages, or experience them in a uniformly identifiable sequence.  The responses and duration of emotional reactions to loss vary greatly between individuals and situations, and is unique to each individual person and specific situation.

I am even starting to question whether the person’s emotional responses should be considered the primary focus of grief theory, or whether we should consider these as behaviors pointing to a search for meaning. In other words, instead of focusing on and quantifying the reactions of grieving people, we need to ask the “Why” of these reactions and understand the meaning of the loss to that individual which they are “expressing” through their emotions and behaviors.

In other words, any good model of grief should not simply be reduced to some attempt to achieve the reestablishment of pre-loss patterns. Because life will never be the same again! That does not mean it cannot be good. It simply says that life has changed.

The implication for caregivers is that we need to go beyond the hackneyed expressions of support or preconceived ideas of what a particular loss “feels like” to any given griever.  The particularity of loss prompts us to listen intently for clues as to the unique significance of the bereavement experience of each individual.  Counselors need to appreciate more deeply the extent to which losses can occasion profound shifts in the person’s sense of who they are. Thus grieving entails not only a process of re-learning a world disrupted by loss, but re-learning the “self” as well.

I believe that while bereavement is a choiceless event, the grief process involves many choices, with various possible options to approach or indeed to avoid.  The key to understanding bereavement is the task of relearning that one’s world that has been changed forever by the loss, and what every grieving person has to do is to adopt different assumptions about and ways of living in this new world that their loss has brought about. 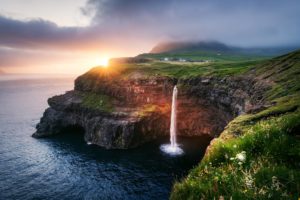