I have had a difficult week.

OK, probably no more than anyone else, but last week was a challenge, based on two experiences at opposite ends of the grief scale.

First, my dear old Auntie died last week. She was 93, so there was all the stuff about “At least she lived a good long life” and “We should be thankful that she died peacefully”. Well, yes to the first, and yes to the second, but I still felt sad because I will miss the visits and conversations we had, especially in the last few years when she would tell me stories about her big brother, who grew up to be my Dad.

Aunties, especially in their nineties die, often without much fanfare. But this was MY auntie, and again I was reminded that when it happens to one of your own, it is different. I think all of us in this profession need to keep that fact in mind as we deal with people who are burying THEIR auntie, or their Mum, Dad or spouse. This is THEIR loss, they are feeling it personally, and we should empathize.

The other situation was very different. I was asked by a local funeral director to conduct a memorial service for a couple who had suffered the stillbirth of their daughter. Only Mum and Dad would attend, it was on Saturday, and it was a social service welfare situation, so no honorarium. None of the local clergy was “available” to conduct the funeral. Could I help out?

I jumped at the opportunity, because this was someone’s baby, and the loss was very personal to them. I later discovered that this mother has suffered NINE miscarriages or still births.

I conducted the service as if it had been for royalty. And why not? As I mentioned in the service, every individual is a V.I.P., for they are a:

P art of a Family.

After the service, the mother took my hand and thanked me. But it was more than the usual show of appreciation. Her expressed thanks were a lesson in grief support.

“Thank you for not telling me that I can ‘always have another child’. I have lost nine children like this, and I cry for every one of them. These children cannot be replaced.”

“And thank you for not telling me that God needed another angel. I want to make a baby … God can make His own angels. Besides it’s hard to understand why people think that God would take away this little child whom we loved so much.”

“And I also want to thank you …” (I realized I was going to be here for a while!) “… for not telling me how I feel, or for telling me that I will “get over it.”

“And would you thank the funeral director for letting us come in to dress my baby and take some pictures, even though some of my family told me it was “gross” and “bizarre”. To some this is just a dead fetus, but this is my daughter and you understand how special she is to us. These are all the memories we will ever have of our baby, so they are special to us. I don’t want to forget what she looks like.”

As you can imagine, my thoughts have not wandered far from these parents over the weekend. Perhaps infant death through miscarriage or stillbirth (known as perinatal death) is one of the most neglected and under-estimated losses in our culture. The grief responses of parents and families who experience such a loss are not given as much validity as for other losses. Yet the grief after such a loss is surprisingly intense.

The death of a child is, more than any other loss, like losing a part of yourself. It seems unnatural, disrupting the order of the universe and the way things should be. Parents struggle with many emotions after the death of a child, including guilt. Parents after all see their task as “taking care of the children” and when death occurs, the parent may feel like they have not lived up to the expectations of being a good parent or doing enough for the child. These feelings may be completely unrealistic, but the parent feels them anyway.

But perhaps there is another reason why perinatal death is so difficult. When my wife told me she was expecting out first son, I had it in my mind about how wonderful he was going to be. He would be an intellectual genius, a superb sportsmen, a millionaire by 40, strong, handsome.. my son would be perfect. Well, both my boys ARE wonderful guys, and I’m proud of who they are. But bit by bit I realized from early childhood that they weren’t going to be as PERFECT as I had fantasized.

It has been said that mourning is not a process of forgetting, but one of remembering. Much of the grieving we need to do depends on having memories on which we can focus our thoughts, either alone or with others, to adjust to a world without our loved one.

But in perinatal loss, there is often an absence of tangible memories, and so, without a focus, the progress of the grief journey can actually be inhibited. Having mementoes of the baby is an important part of understanding the reality. Gathering keepsakes and reminders creates a link with the baby. A photograph, a wisp of hair, clothes that were worn; all bring comfort to parents, knowing they can open a drawer or a special box to access these mementoes.

Mothers have always attached themselves to their children. Even a few generations ago, when mothers did not know the gender of the child until the baby emerged, the bond had been established as soon as the pregnancy began, and even before. But in the 21st century, things have changed.

A few months ago, my niece came up to me, all excited, and asked, “Uncle Bill, would you like to see a picture of my baby?” Uncle Bill, in true naïve male style, exclaimed, “A picture of your baby? I didn’t even know you were pregnant!”

She showed me … her ultrasound. There it was, her baby, my nephew, and still 4 or 5 months to go to birth. While mothers through the generations have bonded to their children, you can’t tell me that this modern technology that allows you to view pictures of the growing fetus after just a few months, doesn’t enable the mother to identify and bond with her child all the sooner. Plus, the wonderful advances in medical technology have so significantly reduced infant mortality, that death is unexpected and unusual. So when perinatal deaths occurs, the mother might wonder, “What’s wrong with me?” and feel guilt and anger at the event.

I came away from that cemetery having learned several important lessons. The loss of any loved one is significant, even a stillborn baby that no-one, even the parents, knew or shared a relationship with. Those parents have lost a part of themselves, as well as the hopes and dreams they had for that child. That deserves to be acknowledged and validated.

We need to educate clergy, who were “unavailable” to help this family, that every life is important, and even if it means standing alone with 2 parents with a small white casket at a graveside on a Saturday afternoon, that this is an important ministry. How can we hope to win people over to our faith if we do not help them in their dire moments of need?

And ten thousand kudos to the funeral director who took the time to make a difference, not only on that day with funeral arrangements, but by encouraging the making of a few precious memories that will be long remembered. 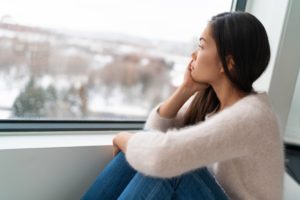