When someone dies, you find yourself struggling with many unexpected issues. When my wife died, I was surprised by three major things:

The first surprise was that even though I was confronted by the inescapable reality, there was just a sense of disbelief that this could really be happening. I remember standing in the hospital emergency room, Carolyn lying lifeless there on the bed where the doctors had tried unsuccessfully to revive her after the heart attack, and thinking, “NO. This can’t be happening.” It felt like I was having a bad dream. It just didn’t seem real. I was shocked that something like this could happen to ME … things like this happen to other people, not to US. It just didn’t make any sense. “Why me … why her … why us?”  That’s the problem with grief. It just seemed unbelievable.

I remember going through that day and the days that followed in a fog. I just couldn’t believe that Carolyn had died. I kept waiting for the phone to ring and for someone to tell me it was all a big mistake. I kept hoping I would wake up and realize this was just a nightmare. I remember people coming to the funeral, and let me tell you, all of them were upset, many crying. Now, do you know why they were emotional?? When they heard that Carolyn had died, they believed it. But I still couldn’t believe it. So there I was, comforting the very people who were there to comfort me. And when people saw that, they patted me on the back and told me how wonderfully I was coping. I was doing so well, really handling it, I was so strong. But in fact I wasn’t strong, I was numb. That’s the problem with grief. People often confuse numbness with strength.

Second, I was bowled over by how intense my grief reactions would be and how long it seemed to take, as some would say, to “get over it”. We get through the days of the funeral and people think we are doing well, but a little ways down the road, the numbness wears off and we can experience an explosion of emotions in reaction to our loss. Sometimes a few weeks after the death, we may feel we are getting WORSE not better. Some of my behaviours and reactions seemed uncharacteristic and strange, to me as well as to others. I found I couldn’t concentrate, I was forgetful, I was anxious and worried over things that normally I would have just taken in stride. Things I would have done before and not given a second thought to, suddenly became like Herculean labors. That’s the problem with grief … sometimes it’s when people think you should be getting yourself together, that the grieving person feels like they are falling apart.

And thirdly, I was surprised by some people’s reactions: People mean well; they are sincere and well intentioned, and they want to help. But some things DON’T help.

Some people try to comfort us with cliché’s that suggest that grief is not so bad. The trend in some areas is to focus on “acceptance”.  Think about some of the statements people use … Perhaps it’s a blessing in disguise, maybe it’s for the best, they are in a better place etc. Some use the concept of “good grief”, and suggest from that grief is somehow a positive or good thing. But let’s think again. Going to the dentist to have an aching tooth filled may be a good thing, but it is not something we are usually thrilled about or look forward to. It is necessary but not enjoyable. I believe we should think of “good grief” in the same way. To grieve is good, but we are rarely happy about it. Grief is usually an unwelcome experience.  Some talk about grief as a “learning experience” and certainly we would all like to think that there will be a meaning and a purpose in life’s most difficult challenges, but it is fair to say that the grieving person finds it difficult if not impossible to see much meaning right now. While some of the statements people use are intended to try to bring some meaning to the situation, more than likely, grieving person feels that nothing makes sense.

The problem with grief is that it can turn our whole world upside down. But other people often don’t realize the intensity of what we are going through. It is hard to see it as a “blessing” or as “being for the best” … it feels like the worst thing that could happen.

Grief in itself does NOT feel good. Grief is a reaction to a loss, which is something we rarely enjoy or feel positively about. It may be good to grieve … I certainly believe it is; and yes, good may come out of the grief; but it nonetheless remains an unwelcome and unwanted intruder in the lives of those experiencing it.

“I didn’t want to hear that this was for the best, or a blessing, or God’s will, because this was not what I wanted. I didn’t appreciate people telling me she was in a better place, because in my mind, what was wrong with THIS place. And besides, I wasn’t in a better place; I was in a pretty miserable and rotten place.

Grief hurts. We have, I fear, lost the reality of this in a society that wants everything to “have meaning” and be “a positive”. Grief is an inescapable part of the human experience, because loss is inevitable. But you don’t have to like it! I am probably meeting you in a place where you’d rather not be. And that is fair enough. We have every right to protest the “Why?” of loss.  Grief is in fact a protest against something we don’t like, probably didn’t want or wish for, and, frankly, doubtlessly wish we could change. 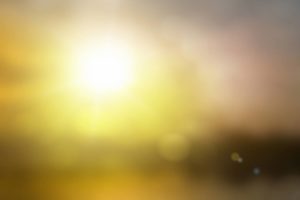