The suicide of anyone of any age presents unique circumstances that intensify and prolong the mourning of family members and friends. Suicide is usually an attempt by someone to end their pain, and is often a reaction to overwhelming feelings of loneliness, worthlessness, helplessness, hopelessness, and depression. It usually occurs when a person’s pain exceeds their resources and ability to cope.

The statistics are frightening. Suicide is the fourth leading cause of death among 10-14 year-olds, the third leading cause among 15-24 year-olds, and the second leading cause among 25-34 year-olds. While mental illness plays a role in many suicides, not everyone who dies by suicide is mentally ill. Many families endure the frustration caused by their family member child requiring years of hospitalizations and medications. Other families encounter only brief periods of conflict or worry, while some experience none at all.

Sometimes there are warning signs of the person’s intentions. However, clues may be so disguised that even a trained professional or counselor may not recognize them. Occasionally there are no discernible signs, and the child’s suicide becomes a catastrophic impulsive decision that can never be understood or resolved.

One change now occurring is in the language of suicide. The terms “died by suicide,” “died from suicide,” and “died of suicide” are being adopted rather than the harsh “committed suicide,” the language of an earlier era that carries a stigma of criminality so often offensive to families whose children have taken their own lives.

We know that denial, feelings of shock, guilt, anger, and depression are often a normal part of every grief process. But these emotions are especially heightened when someone has died by suicide. And , while it is difficult to acknowledge and to accept, it is not unusual to experience feelings of relief if the relationship with the person was stressful or destructive to the family unit or community.

You may experience many other emotions, such as lack of energy, sleep problems, inability to concentrate, not wanting to talk with others, and the feeling there is nothing to live for are all normal reactions in bereavement. Try to look after yourself with moderate physical activity, plenty of rest, and a good diet. Allow family and friends to take care of you. You don’t have to be strong. Maintain contact with persons you value.

A suicide often raises many painful questions, doubts, and fears. The knowledge that your love alone was not enough to save the person and the fear that others will judge you to be an unfit parent/unloving spouse etc. may raise powerful feelings of failure or shame. Realize that if someone makes up their mind to take their own life, there is nothing we can do to stop them … as much as we might like to think there may be. Persuade yourself that you gave what you could and what that person did with that was primarily their decision.

It isn’t uncommon for newly bereaved people to express thoughts of suicide themselves, regardless of how their loved one has died. We wonder how we can go on. We harbor fantasies of being reunited with the person. Such feelings are natural, although that must never diminish the importance of paying attention to them. Such feelings are best talked out with a supportive counselor or friend. Remember that suicide is not inherited. Be patient with yourself and your family, and seek professional help and family counseling if necessary.

The stigma often associated with suicide is the result of cultural and religious interpretations of an earlier day. You will find it difficult to progress in your bereavement unless you confront the word suicide, difficult as it may be. Keeping the cause of death a secret will deprive you of the joy of speaking about the person and may isolate you from family and friends who want to support you. It takes a lot of energy to sustain the secret … strength which you may feel you simply don’t have as yopu cope with your loss. As someone once said, “You are only as sick as your secrets.” Rather than focusing on the stigma surrounding suicide, try to concentrate on your own healing and survival.

While there are many emotions that follow a loss, survivors of suicide most often experience excessive anger and guilt

Certainly you may feel anger, and you have every right to do so. It may be directed at many different things: at the person themselves for leaving you, or for not giving you an opportunity to help; at those you believe failed to help; at God; at those who try to help you; or at others who have NOT experienced this awful fate; or even angry at the world in general. You may be angry with yourself because you were unable to save your child, which every parent would want to do..

It’s OK to express anger. Sometimes healing cannot begin until this anger is confronted and expressed. However, a healthy expression of anger does not include hurting yourself or others. You have every right to protest the “Why” of what has happened, but you should be careful not to take that anger out on the wrong people, or those who possibly least deserve to be targets of your wrath. You are angry because you have been left, and because there is nothing you can do now to change the situation. You have every right to feel that, so focus on how you can come to terms with it.

Feelings of guilt following a suicide are normal—for parents and family, friends, classmates, and even coworkers. But again, saying it is “normal” must never minimize its intensity, and indeed it’s dangers. “If only” is a phrase you may find yourself repeating frequently. You may need to feel guilty for a while until you begin to understand that you are not ultimately responsible for the decisions and actions of another human being, including this loved one. Sometimes you need to go through a feeling to get beyond it. Believe in yourself. Forgive yourself, for after all, you are human, so accept your human limitations to control destiny.

As we try to process this nightmare, we may feel a need to ask “why?” Often, of course, there are no clear answers. This is often the most frustrating part of the entire situation for friends and other family members. But, after some time you may reach a point where you begin to realize that there are some questions about the death of this person that may never be answered. As Harold Kushner says in his book “When Bad Things Happen to Good People”, “Why is not a question. It is a cry of pain!” You have every right to protest the Why of your loved one’s death.

Talking with others who have been through a similar situation may help you to cope. You may even learn from them that it is okay to laugh and smile, even though this seems impossible now. If the depression does not appear to lessen over time, you may want to talk with a qualified professional who can determine how best to help you. 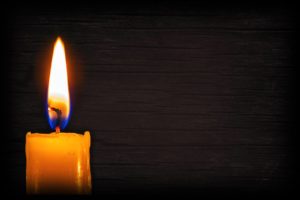