A recent study in the Journal of the American Medical Association provides new research which both challenges and confirms some commonly held beliefs about the process of grieving.

The study found that for older people mourning a death by natural causes, the dominant emotion is not disbelief or depression, but a yearning or pining for their lost loved one. In other words, struggling with acceptance of their loss seems to come first in the grieving process.

That would seem to be at odds with the standard “five stages of grief” theory held by many psychologists and counselors over the past 50 years. The five stages list disbelief (denial), yearning, anger, depression and acceptance as the phases of emotions bereaved individuals typically pass through.

But instead, “this study basically shows that yearning is the dominant negative grief symptom following the loss, not disbelief, sadness or depression,” said Holly Prigerson, director of Palliative Care Research at the Dana-Farber Cancer Institute in Boston. “And,” she added, “overall, the main reaction was a high degree of acceptance.”

The five stage theory of grief process has evolved over time. Originally, it emerged from the work of Erich Lindemann who in 1944 wrote about acute grief after a distressing situation. He identified 5 characteristics of grief: somatic distress; preoccupation with the image of the deceased; guilt; hostile reactions; and loss of patterns of conduct.

Later, in the sixties, John Bowlby identified three phases of grief, to which Colin Murray Parkes subsequently added a fourth, which Bowlby acknowledged. Their four-stage theory of the grief process was: shock-numbness, yearning-searching, disorganization-despair and reorganization. Then in 1969, world-renowned psychiatrist, Dr. Elisabeth Kubler-Ross wrote a book called “On Death and Dying”, which adapted the four stages of grief into a five stage response of the terminally ill to their impending death, and this work evolved into the five stages of grief commonly recognized today.

However, more recent research has moved us away from this theory. Researcher Holly Prigerson says “The five stages have been accepted as gospel and truth without study. There’s been no previous empirical evidence (to prove the theory).”

And, that’s where this research comes in. To test the five stages of grief, (renamed in this study as “the five indicators of grief”) Prigerson and colleagues from Yale University School of Medicine recruited 233 adults who had recently lost a loved one to participate in the study.

The study volunteers were interviewed at about 6, 11 and 20 months after the loss of their loved one. It is important to note that the participants were predominantly white (97 percent), mostly spouses of the deceased (84 percent) and were an average of almost 63 years of age. All of their loved ones had died of natural causes and had non-traumatic deaths. Thus it would seem this study represents the fairly typical bereaved person today within acceptable parameters.

The researchers devised a grief indicator scale of one through five to indicate how strongly a grief emotion was being felt. A score of five meant that emotion was felt very strongly.

In the first six months after the loss, the average score for acceptance was 4.11, and yearning was 3.77. Depression was the next most common emotion with a score of 2.29, followed by disbelief with 2.27 and anger at 1.87.

The researchers found that soon after a death, acceptance becomes the most commonly felt emotion for the bereaved, rather than the expected disbelief or depression. They also they noted that acceptance is also the last emotion to reach its peak.

They also concluded that negative emotions such as anger had largely peaked by six months after the loss. This suggests that if someone seems stuck in their grief after this time period, they may be having a more difficult time coping with their loss and may need counseling or additional support.

However, not everyone accepts this theory or the results. One researcher says, “The expression of grief is a very complex phenomenon with a great deal of individual variability, and that expression doesn’t necessarily follow an orderly timeline.”

While it is important for researchers to attempt to quantify grief if they can, it is equally important to note that grief is a uniquely personal experience. While this study may describe what happens “on average”, there are so many events and factors that can spark these emotions again. So it is never as simple as to say that at one month or at six months you should or should not be done with this emotion. That just sets up another standard, which may or may not be realistic in the personal journey which each bereaved person has to take.

Besides especially with “non-typical deaths”, such as traumatic loss, accidents, unexpected loss, suicide, (none of which, we should note, were included in this study) it is difficult to pin down what is “normal” grief and what is not. For example, if a child loses a parent, they may just be starting to grieve at around six months or a year, because grieving is often delayed in children.

Admittedly, simple “step-by-step” models are appealing for their clarity, a factor that has contributed to their widespread appeal among both professionals and laypeople striving to understand the complexities of loss.

However, grief is never that simple.  I have observed that following a loss the bereaved do NOT passively negotiate a predictable pattern or demonstrate the proposed stages, or experience them in an identifiable sequence.  The sequence of responses and duration of emotional reactions to loss vary greatly between individuals and situations, and is unique to each individual person and specific situation.

What does emerge from the study, however, is the importance of yearning, as opposed to the more “popular” or widely acknowledged aspects of disbelief, depression, guilt and anger etc. I think this is an appropriate reminder of an area of grief process that is often overlooked or misunderstood. The word “yearning” means “longing” or “desire”. When someone dies there is disbelief because the person finds it difficult to believe that this has really happened. Their desire is to “find” that which is lost, so they engage in the psychological task of searching. But how does a person actualise that and get to reality?

Have you ever heard a grieving person say they go to the cemetery all the time, or they revisit places they would go or frequent when the person was alive, such as shopping areas, parks and the like. There is always a reason for every behaviour. The fact is that they are “searching”. They are hoping (against all odds, of course) that they will “find” what has been lost. Every now and then they may sense the person’s presence, or think they see them in the distance, or mistake a voice on the telephone for that of their deceased loved one.

So how does someone get from disbelief to acceptance? The simple answer is “one disappointment after another”. We search and do not find, we yearn, but that longing is not fulfilled. Only after that important process has been exhausted can the reality of the loss be faced.

I am starting to question whether the person’s emotional responses should be considered the primary focus of grief theory, or whether we should consider these as behaviors pointing to a search for meaning and other cognitive reactions.

In other words, instead of focusing on the reactions of grieving people and quantifying that, we need to ask the “Why” of these reactions and understand the meaning of the loss to that individual which they are “expressing” through their emotions and behaviors.

Thus, rather than a process of waiting out a series of predictable emotional transitions, grieving needs to be seen more realistically as a period of action. Grief needs to be seen as reconstructing a personal world of meaning that has been challenged, and affirming a life that is forever transformed by loss. 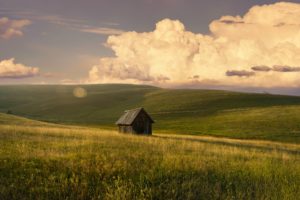