It was the headline on the national news last week. A city with a population less than 100,000, and the last place in the world where you would expect it to happen, has had a rash of 10 teenage suicides in the last month. Sadly, in these times, this could be “Anytown” in any country.

What Do We Know About Youth Suicide?

Childhood and adolescence are often portrayed as carefree, easy and fun-filled times in life. However, the thousands of child and youth suicides each year demonstrate that this is not always the case. What are the statistics regarding adolescent suicide?

Surprisingly, this is not an easy question to answer. Part of the difficulty with statistics, which I discovered as I researched this article, is that they are often outdated and can be “skewed” by other factors, such as the fact that not all suicides are recorded as such, and are sometimes reported as “accidental deaths.”

What are the Warning Signs of Suicide?

Four out of five teens who attempt suicide have given clear warnings. If you suspect that a child or adolescent is suicidal, be on the lookout for warning signs such as:

What Should I Do If I Think A Young Person Is Suicidal?

What are the effects of suicide?

The effects of suicidal behavior or completed suicide on friends and family members can be devastating. Individuals who lose a loved one from suicide (suicide survivors) tend to experience more complicated grief reaction to their loss. They are often preoccupied with the reason for the suicide, the “WHY”, while at the same time wanting to deny or hide the cause of death, wondering if they could have prevented it, or even feeling blamed for the problems that preceded the suicide, feeling rejected by their loved one, and stigmatized by others.

Survivors may experience a great range of conflicting emotions about the deceased themselves, feeling everything from intense sadness about the loss, their helpless to prevent it, longing for the person they lost; and yet at the same time anger at the deceased for taking their own life. Also we should acknowledge that there can be a sense of RELIEF if the suicide took place after difficult years of physical or mental illness in their loved one. These conflicting reactions are understandable given that the person they are grieving is at the same time the victim and the perpetrator of the fatal act.

How can people cope with the suicide of a loved one?

The grief associated with the suicide of a loved one presents intense and unique challenges, including:

While these suggestions may be helpful, the difficulty is that generally, coping tips for grieving a death through suicide are nearly as different and numerous as there are bereaved individuals. The willingness to care  of themselves through continuing regular eating habits and nutrition and by getting extra rest can help strengthen their ability to endure this very difficult event.

To help children and adolescents cope emotionally with the suicide of a sibling, friend or family member, it is important to ensure they receive consistent caretaking and frequent interaction with supportive adults.

All children and teens can benefit from being reassured they did not cause their loved one to kill themselves, which goes a long way toward lessening the tendency children and adolescents have for blaming themselves for the situation and any angry feelings they may have harbored against their lost loved one for the suicide.

For school-aged and older children, appropriate ongoing participation in school, social, and extracurricular activities is necessary to a successful resolution of grief. For teens, maintaining positive relationships with peers becomes vitally important in helping them figure out how to deal with a loved one’s taking their own life. Depending on the adolescent, they even may find interactions with peers and family more helpful than formal sources of support like their school counsellor.

While the statistics on youth suicide are frightening, it is important to remember that depression and suicidal feelings are both real and treatable. The majority of suicides and suicide attempts are not designed to simply “get attention,” but are expressions of extreme distress and pain.

Studies show that suicide attempts among young people may be based on long-standing problems and triggered by a specific event. Adolescents who are suicidal may view a temporary troubling situation as a permanent condition. Feelings of anger and resentment combined with exaggerated guilt can lead to impulsive, self-destructive acts.

We need to remind them that suicide is a permanent solution to what is after all a temporary problem. The main motive for suicide is to “end the pain.” We must validate the fact that they are indeed in pain, but reassure them that we will help them to find solutions to ease and end that pain. And then prove that we mean it in our follow up. 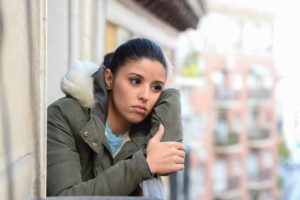