As I sit at my desk on this snowy winter’s day, faced with the wrath of Linda if I miss my deadline, I am thinking “Phooey”!!!

You don’t want to read a serious psychologically stimulating article, and I don’t want to write one! So let’s have some FUN!! This is the February issue after all, and we’re all a bit under the weather with the February blah’s, so let’s see what we can do to cheer things up.

A Funeral Director arrives at his office on Monday morning and discovers someone has left a dead mule outside the front door of the funeral home. He telephoned the police. Since there did not appear to be any foul play, (being a mule rather than a chicken, I guess) the police referred the Funeral Home to the Health Department. But they explained, “Since there is no health threat you’ll need to call the Sanitation Department.”

The mayor immediately began to rant and rave. After his continued rage, the mayor finally said, “Why did you call me any way? Isn’t your job to bury the dead?”

The funeral director paused for moment, before responding. “Yes, Mayor, it IS my job to bury the dead, BUT I always like to notify the next of kin first!”

Or let’s see if any of these 12 Truths tickle your funny bone:

1. Men are like slinkies…not really good for anything, but you still can’t help but smile when you see one tumble down the stairs. 2. I read recipes the same way I read science fiction. I get to the end and think, “Well, that’s not going to happen”. 3. Health nuts are going to feel stupid someday, lying in hospitals dying of nothing. 4. The other night I ate at a really nice family restaurant. Every table had an argument going. 5. According to a recent survey, men say that the first thing they notice about women are their eyes. And women say that the first thing they notice about men is that they’re a bunch of liars. 6. Whenever I feel blue, I start breathing again. 7. Why does a slight tax increase costs you two hundred pounds and a substantial tax cut save you fifty pence? 8. I’m not 40-something. I’m $39.95, plus shipping and handling. 9. In the 60’s people took acid to make the world weird. Now the world IS weird and people take Prozac to make it seem normal. 10. How is it that one careless match can start a forest fire, but it takes a whole box to start a campfire? 11. Doctors can be frustrating. You wait a month-and-a-half for an appointment, and he says, “I wish you’d have come to me sooner.” 12. You read about all these terrorists — most of them came here legally, but they hung around on these expired visas, some for as long as 10-15years. Now, compare that to Blockbuster; you are two days late with a video and those people are all over you. Let’s put Blockbuster in charge of immigration.

Humor is an incredible although often overlooked tool at times when we feel like crying. “If you can find humor in anything, you can survive it” says comedian Bill Cosby. In laughter, we transcend our predicaments. People who can laugh at their setbacks no longer feel sorry for themselves, they are empowered. As Hans Selye puts it, “Nothing erases unpleasant thoughts more effectively than concentrating on pleasant ones.”

As scientists investigate the connection between the mind and the body, they are uncovering more and more evidence that our feelings, thoughts and attitudes are major contributors to both our physical well being and the ability to recover from illness. As Dr Raymond Moody puts it, “One of the most adaptive ways a human being has of dealing with severe illness and also with the finality of death itself, is through humor.”

Norman Cousins in his book, “The Anatomy of an Illness”, writes about how he used laughter as an integral part of his healing. Cousins discovered that laughter actually produced endorphins which helped turn the tide of a very painful collagen disease.  “I made the joyous discovery,” he writes, “that 10 minutes of genuine belly laughter had an anesthetic effect and would give me at least 2 hours of pain free sleep.” Cousins calls laughter “inner jogging”, because a good hearty laugh gives every system in our body a good workout. Dr William Frey reports similar benefits to the cardiovascular system caused by laughter, and indeed all the major physiologic systems of the human body. Frey states that 20 seconds of hearty laughter gives the heart the same workout as 3 minutes of hard rowing. More fun too, if you ask me.

H.G. Wells once said, “The crisis of today is the joke of tomorrow.” How many times have you said, “I can look back on it and laugh”. I was in a long line of impatient passengers at the security check waiting to board a plane. Tempers were frayed and everyone was expressing frustration with the process. I remember thinking to myself, “I’ll look back on this and laugh.”

And suddenly a thought struck me. If I will look back on it and laugh, why not laugh at it now. I took two mental steps back from the situation and watched my fellow passengers with their blood pressure rising, red in the face, and no-one able to do one darn thing to make the line go any faster. The plane wasn’t going anywhere without us, so what was the worry. I found myself beginning to relax as I had a good internal laugh at the futility of the frustration. The line continued to go slowly, it’s true, but I felt much better about myself. Even the security guard asking why I had a smirk on my face didn’t upset me, and when I told him, he started to laugh too. As Charlie Chaplin put it, “Life is a tragedy when seen in close shot, but a comedy when seen in long shot.”

Laughter is so important. Let me just close with some wise quotes on why humor need to be so much a part of our lives.

“Humor, like hope, allows one to acknowledge and endure what is otherwise unbearable” Gail Sheehy.

“Sometimes a laugh is the only weapon we have” Roger Rabbit 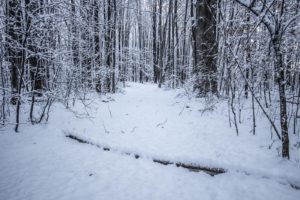