There is little doubt in the minds of people who have lost someone they care about that bereavement is one of the most difficult experiences of life. There are no words that can take away the pain we feel when someone dies. It is often difficult to understand what has happened, or even comprehend what we are going through. It is can be a challenge to see any light in, far less at the end of, what feels like a very dark tunnel.

When someone dies, you feel like your whole world has been turned upside down. And in many ways, it has! We really cannot understand bereavement and every individual reaction to it unless we appreciate how each grieving person’s world has been forever changed by the loss.

Some may say, “Life goes on,” and in one way it does. But it is also fair to acknowledge that the bereaved person’s reaction may be to say, “This changes everything.”

Often there can be a fundamental misunderstanding of grief and how it affects those touched by it. After a loss, some anticipate the person will go through an inevitable process, wait it out, “see it through,” on the assumption that “time heals all wounds,” and that eventually “in time,” they will “get over it.” This would seem to suggest that in the emotional aftermath of a loss, bereaved individuals simply must surrender themselves to suffering through a series of stages or structured grief system over which they have little or no control, and in which there is very little choice.

But in fact, what people actually experience after bereavement is not such a nice, neat, orderly or predictable scheme. Grief is not understood by some  linear “timeframe” (“it’s been 3 months, you ought to be over it by now!”) or by a “set formula” whereby the individual goes passively through certain emotions, phases or reactions in order to somehow eventually arrive at this destination we casually call “acceptance”.

To really understand the effects of grief, the main focus should not primarily be on a person’s emotional reactions, behaviours or manifestations of grief and how to lessen them. Those who focus on these considerations are just trying to “fix” a situation that simply cannot be fixed; trying to get “back to normal” something that has changed forever.

The meaning of a death or any loss is personal and unique to specific individuals, based on the relationship that has been lost as a result of the bereavement. We need to gain a better understanding of not only “what” people experience after a loss, but also “why” grief affects people so uniquely and individually.

We discover that the meaning of thise loss to the individual is being “expressed” through their specific emotions and uniquely individual behaviours. Put simply, instead of trying to get people back to normal by seeking to resolve and rectify their emotions and behaviours, we should rather regard these reactions as a symptom of the much deeper issue, namely the person’s awareness that, “My world has changed … and I don’t like it.”

In other words, when someone dies, rather than simply focussing on their emotions and behaviours and how we can alleviate these symptoms, we should understand the emotions and behaviours of grief as a normal human reaction in response to and in protest of the need to search for meaning in what has become an unwelcome world in which I feel “Everything has changed.”

Grief then is better understood as a protest against something I didn’t want, don’t like, but sadly can’t change. And the challenge for the helper is in enabling them to come to terms with this new albeit unwelcome reality by beginning to form appropriate new patterns of action and emotion that better fit their new situation.

But, from another perspective, while the loss may be a reality we are powerless to avert, the experience of grieving itself involves hundreds of concrete choices that the bereaved person is invited to make, or indeed if they choose, to avoid. It is a call for us to accept the fact that everything has changed, the only options being to go with it, or to resist the process.

We have a choice of whether to attend to the distress occasioned by the loss or to avoid the pain by “keeping busy” or “trying not to think about it,” (which is an impossible task, by the way.)

People should be encouraged to be active in facing life challenges rather than simply being passive reactors to them. “Who we are” must not simply be defined by our experiences, but rather by our reaction and responses to those experiences.

Any model of grief must integrate how a person’s world is forever transformed by their loss, rather than suggesting a return to some pre-existing, established behavioural or emotional state following their “recovery” from the loss.

We must realize that their life has changed. They are not getting “back to normal”; what was normal in the past has changed. Rather, they are redefining what is normal now, our “new normal”, and coming to terms with the fact that life can still be meaningful in the present. 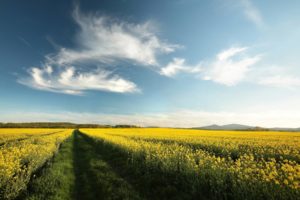